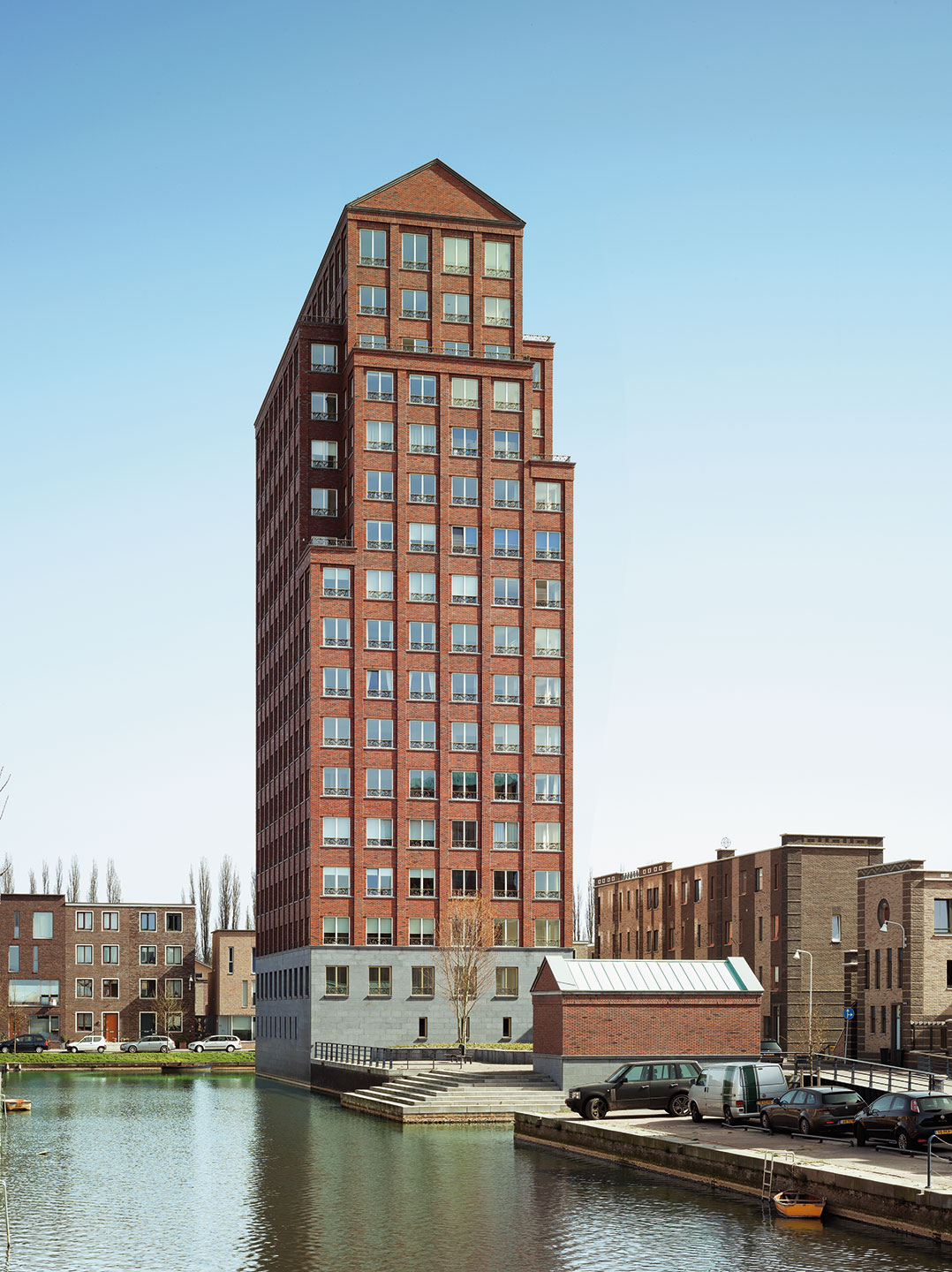 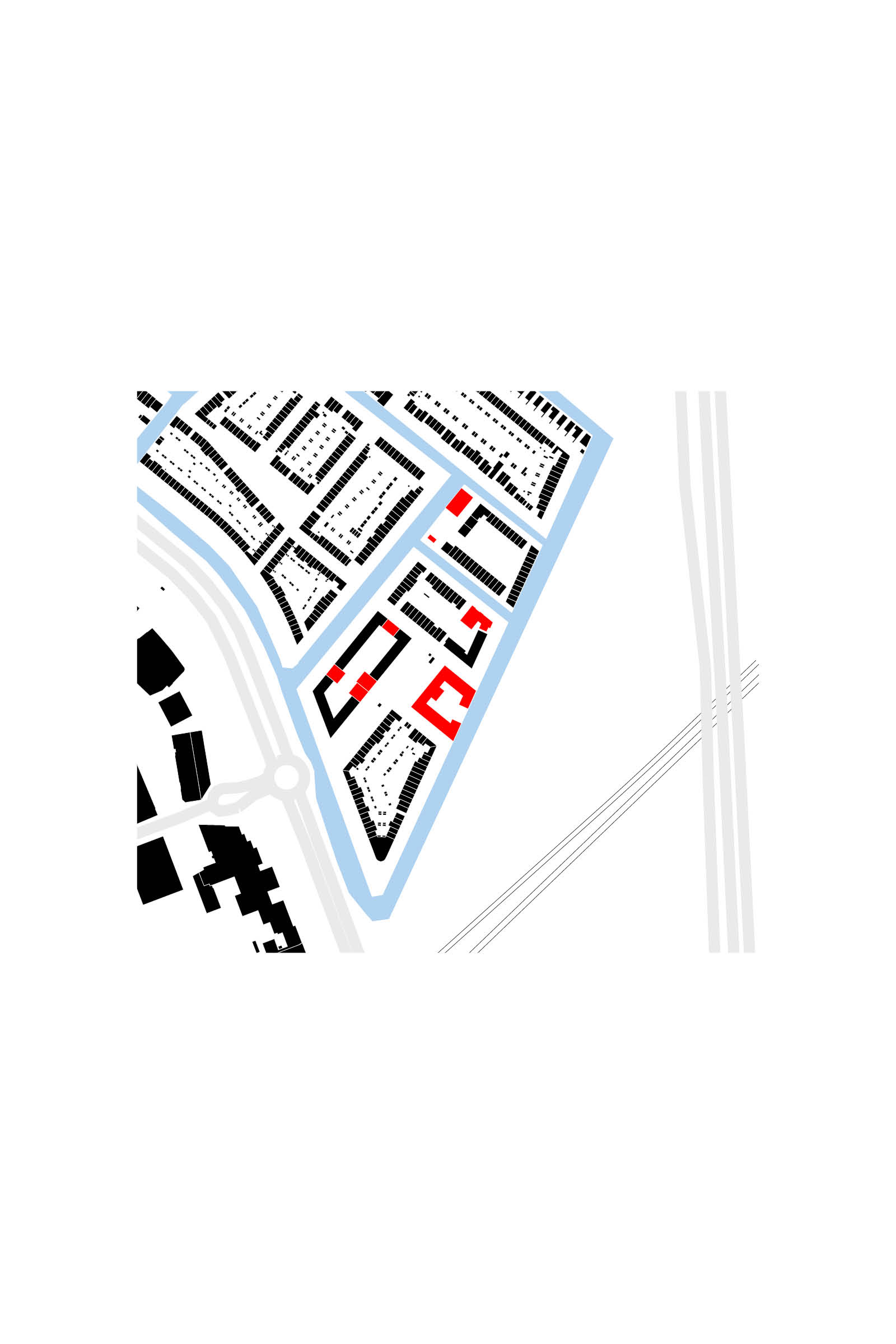 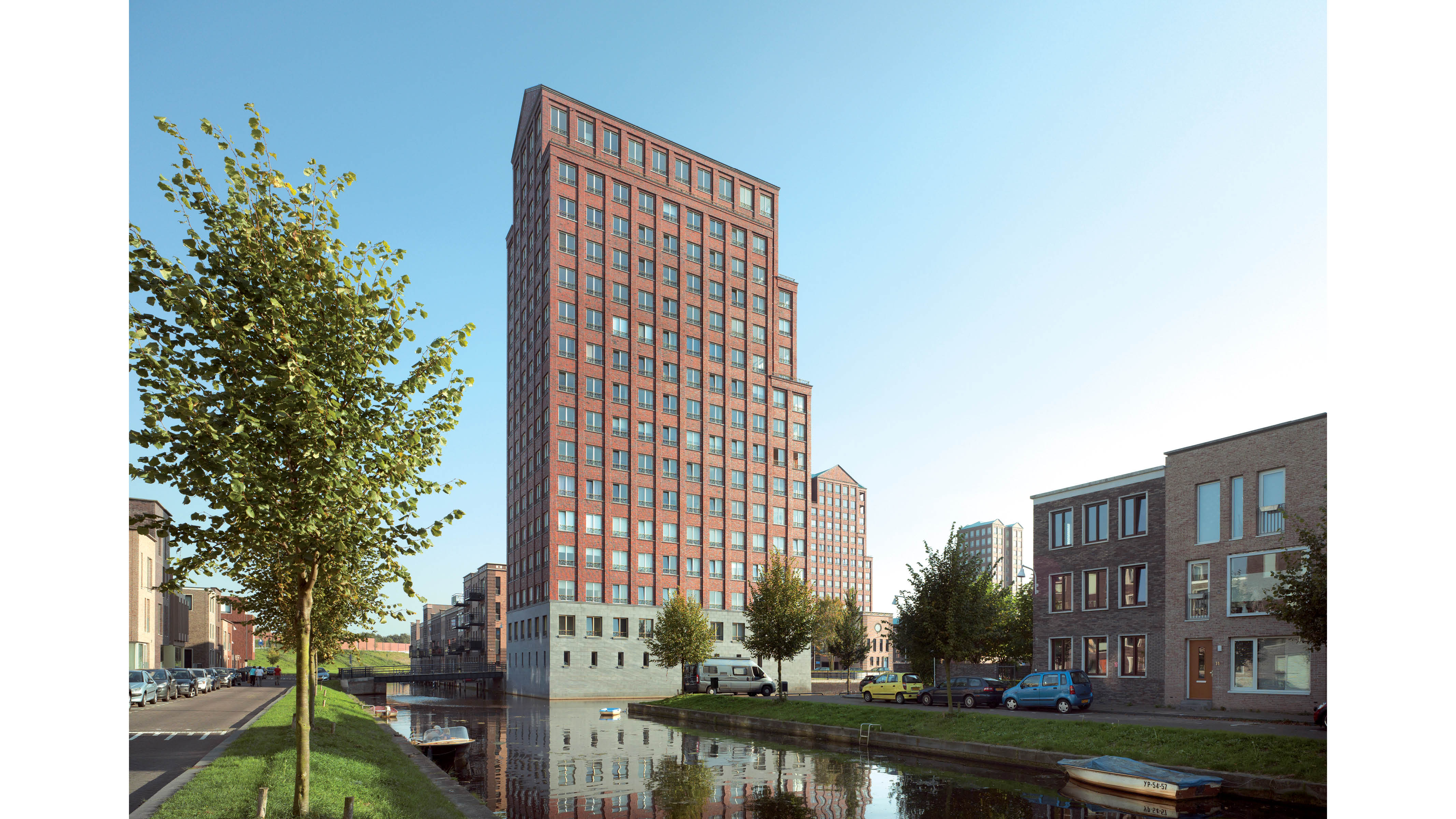 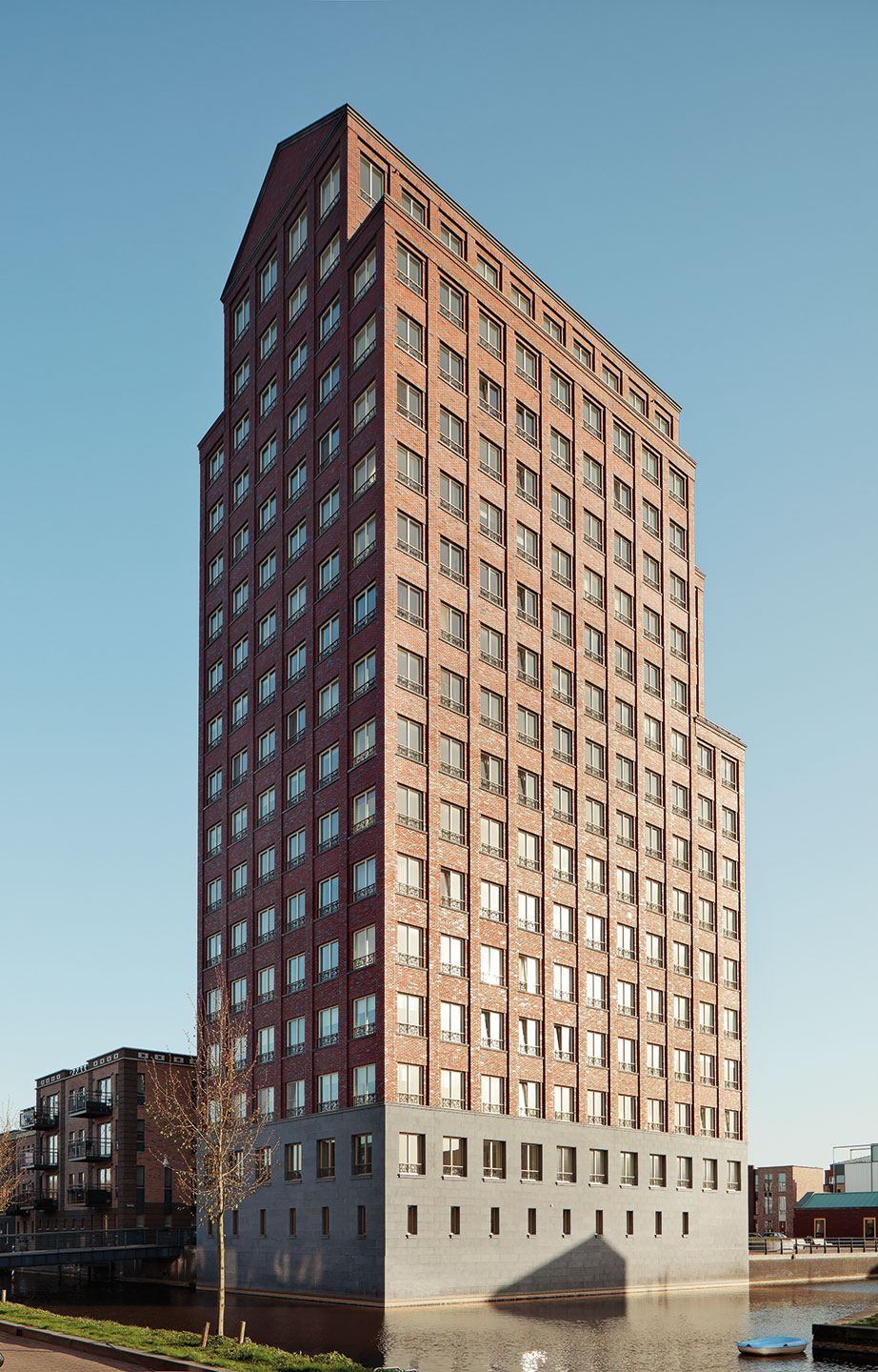 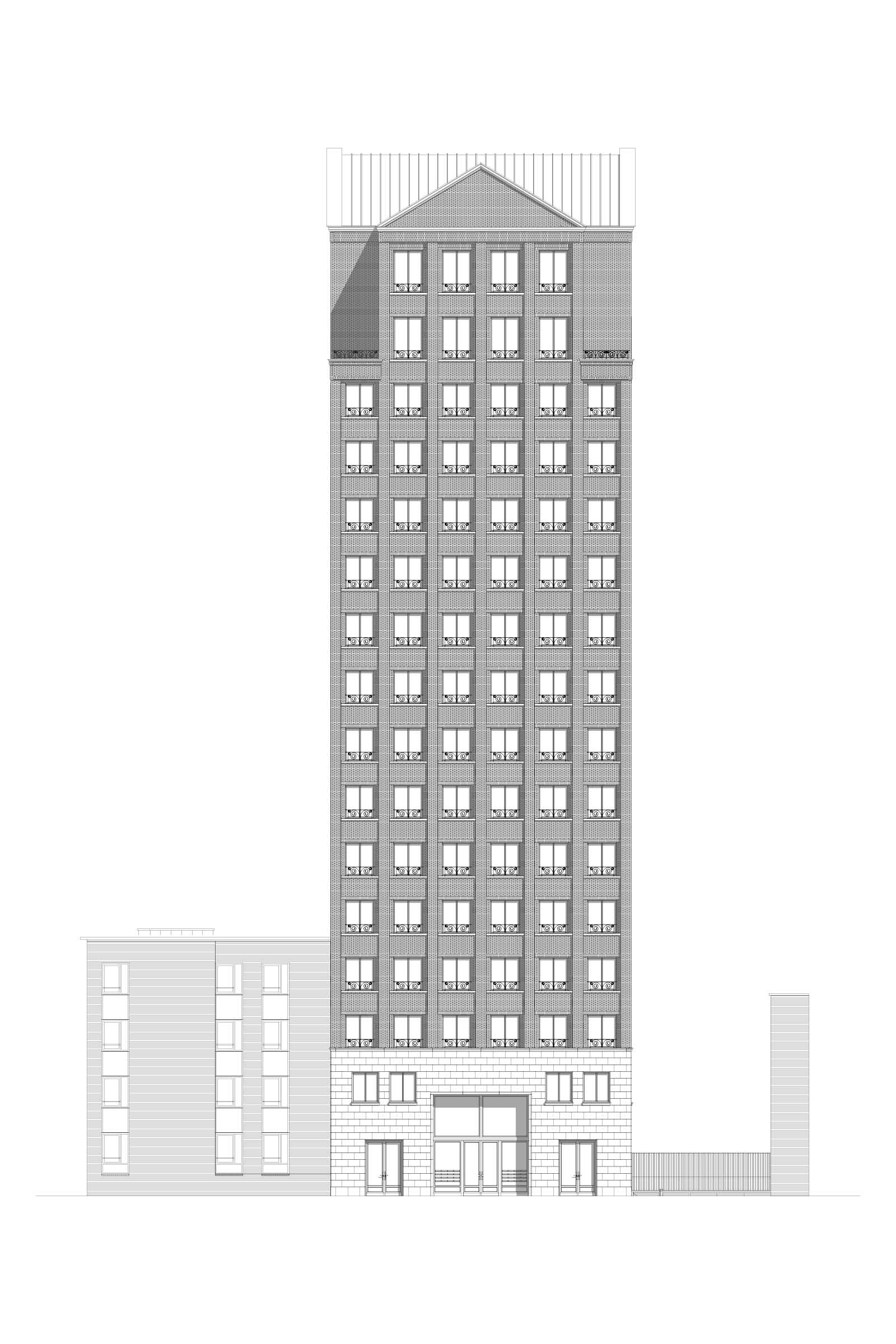 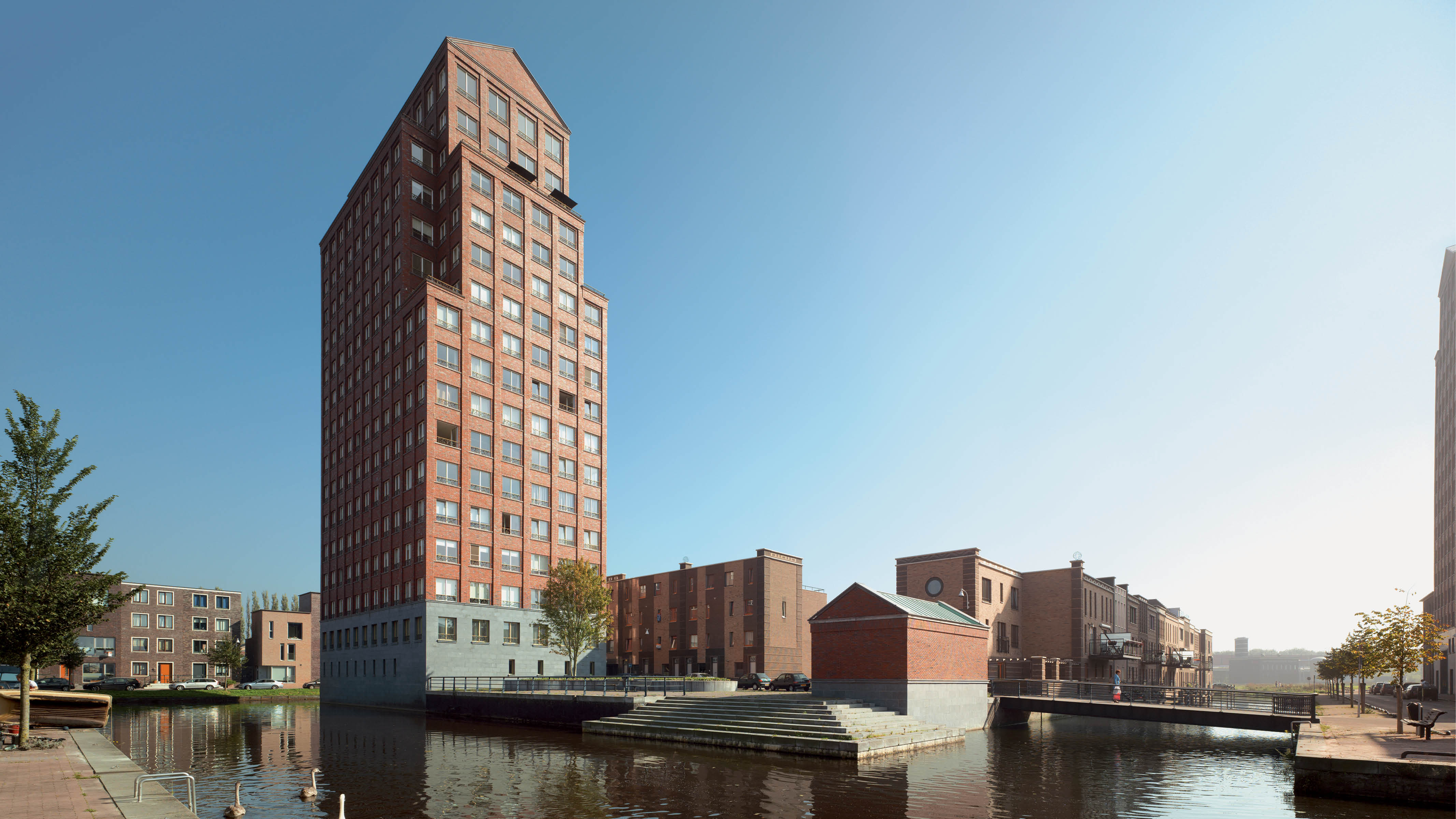 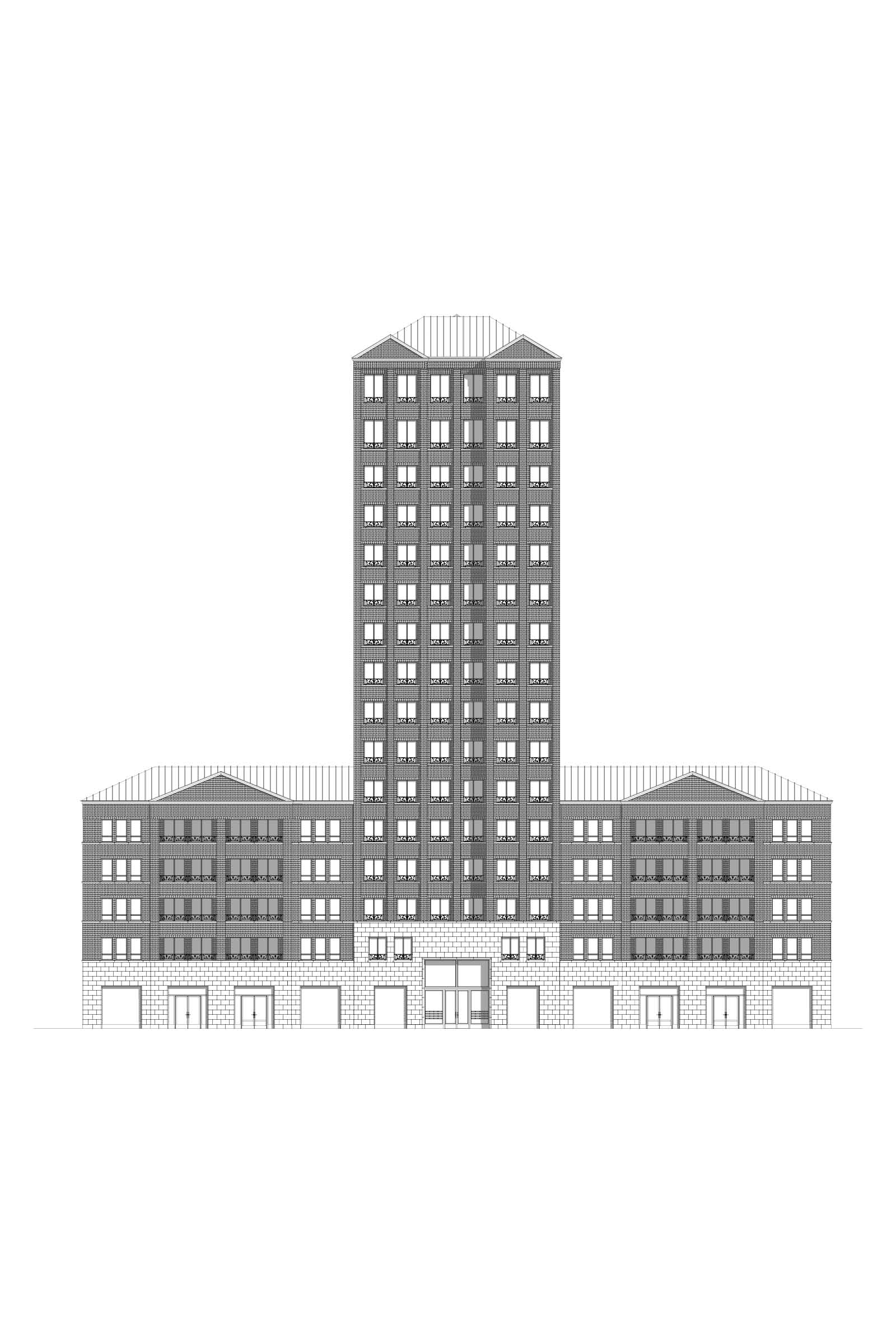 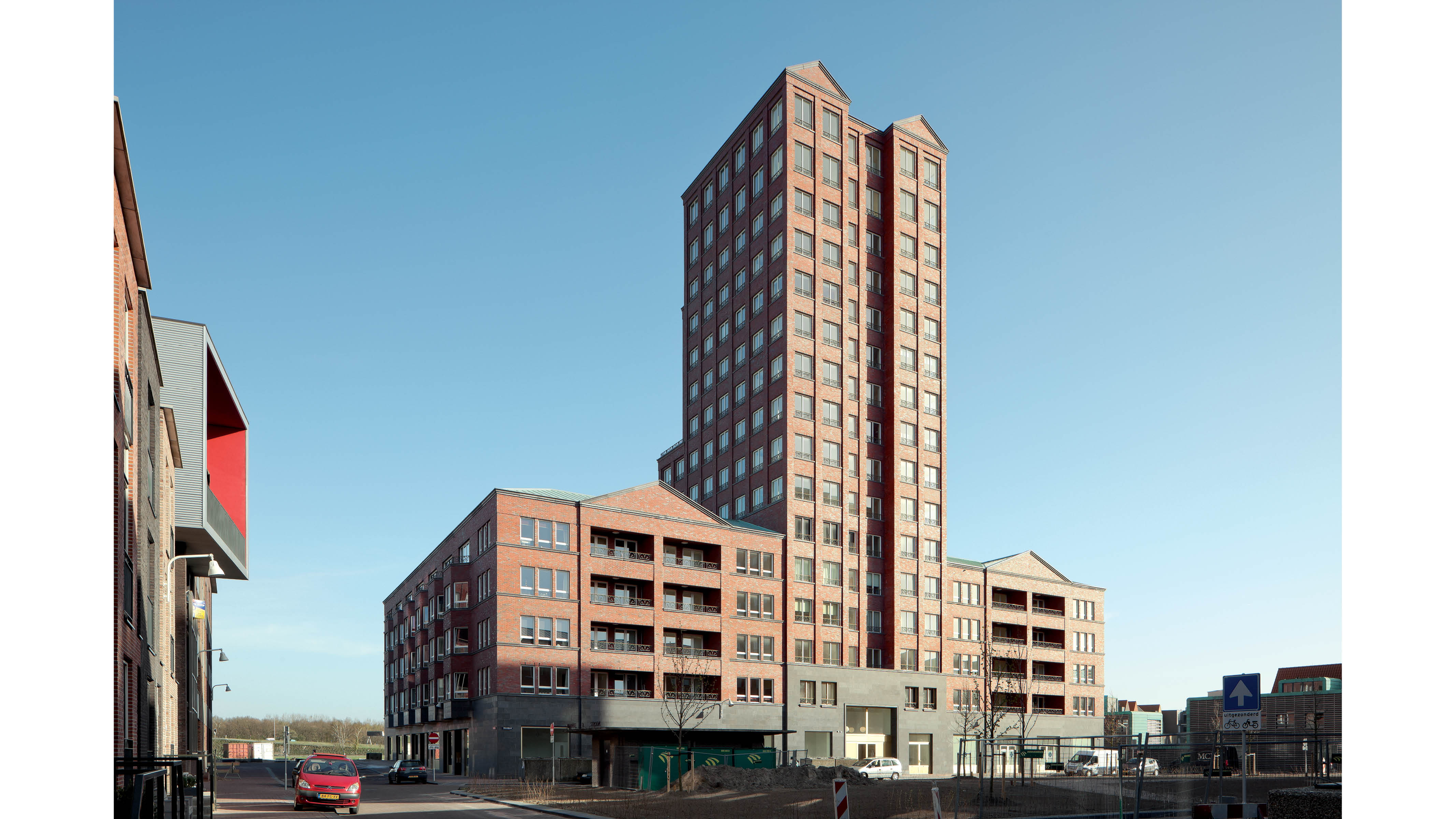 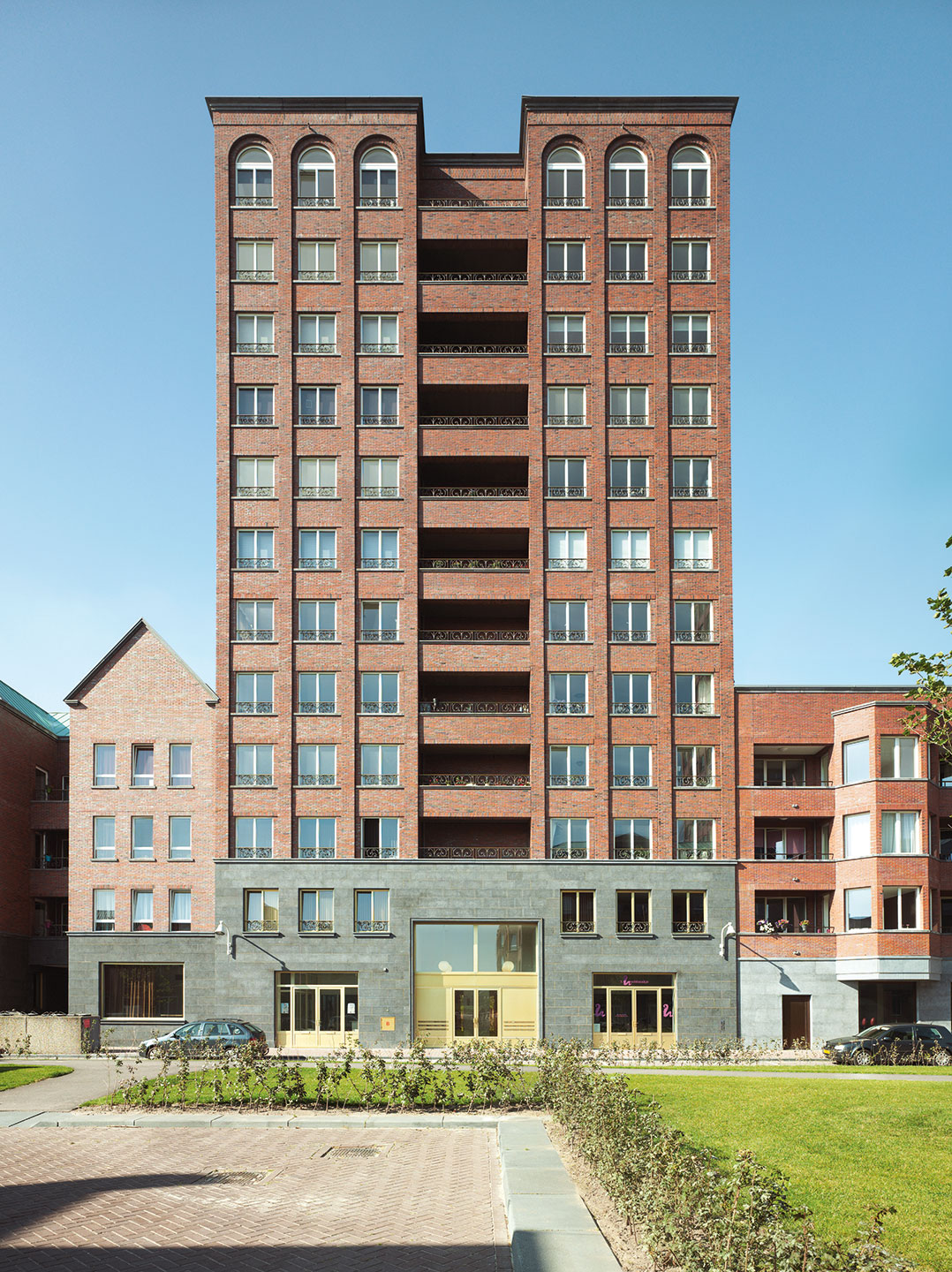 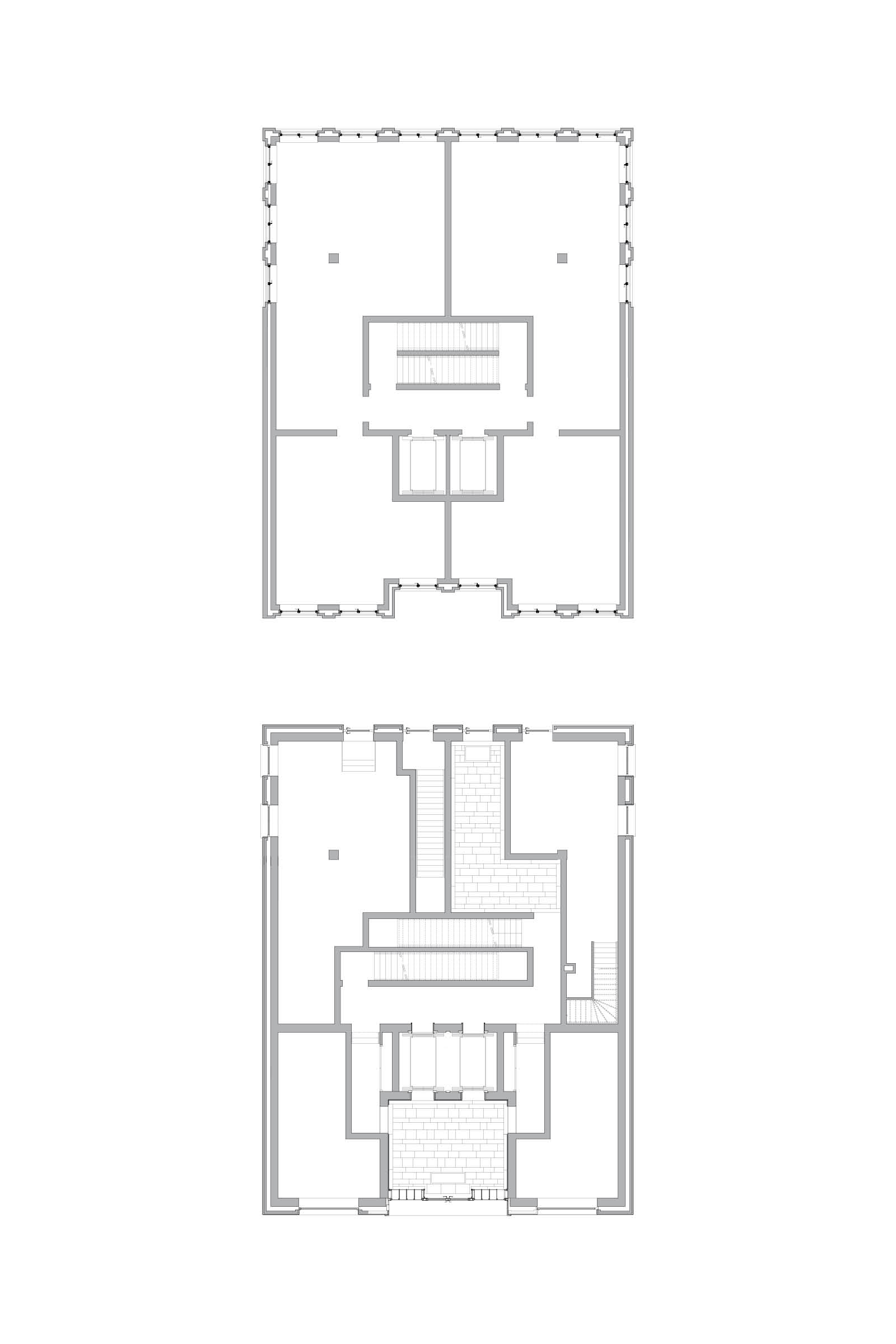 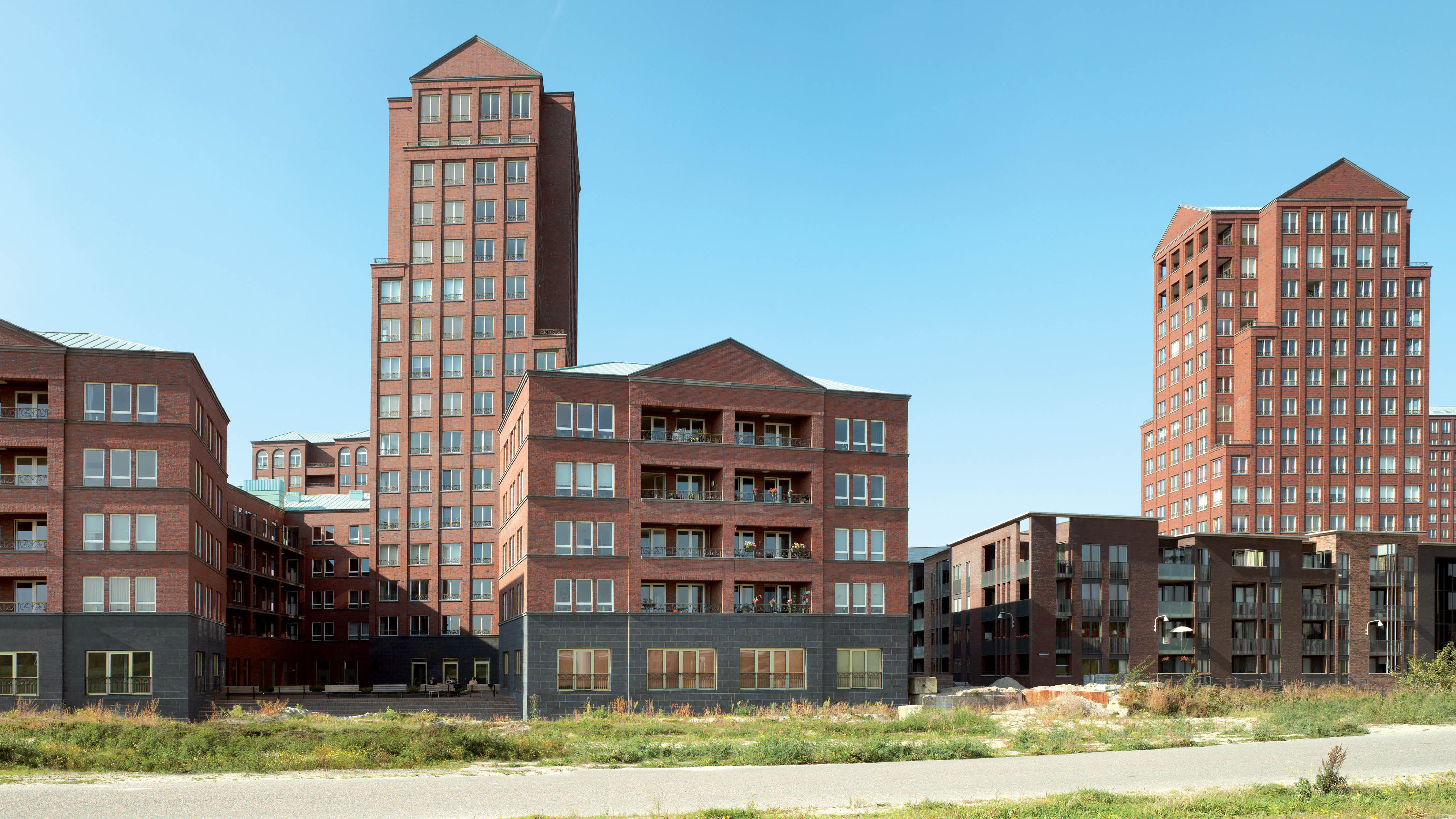 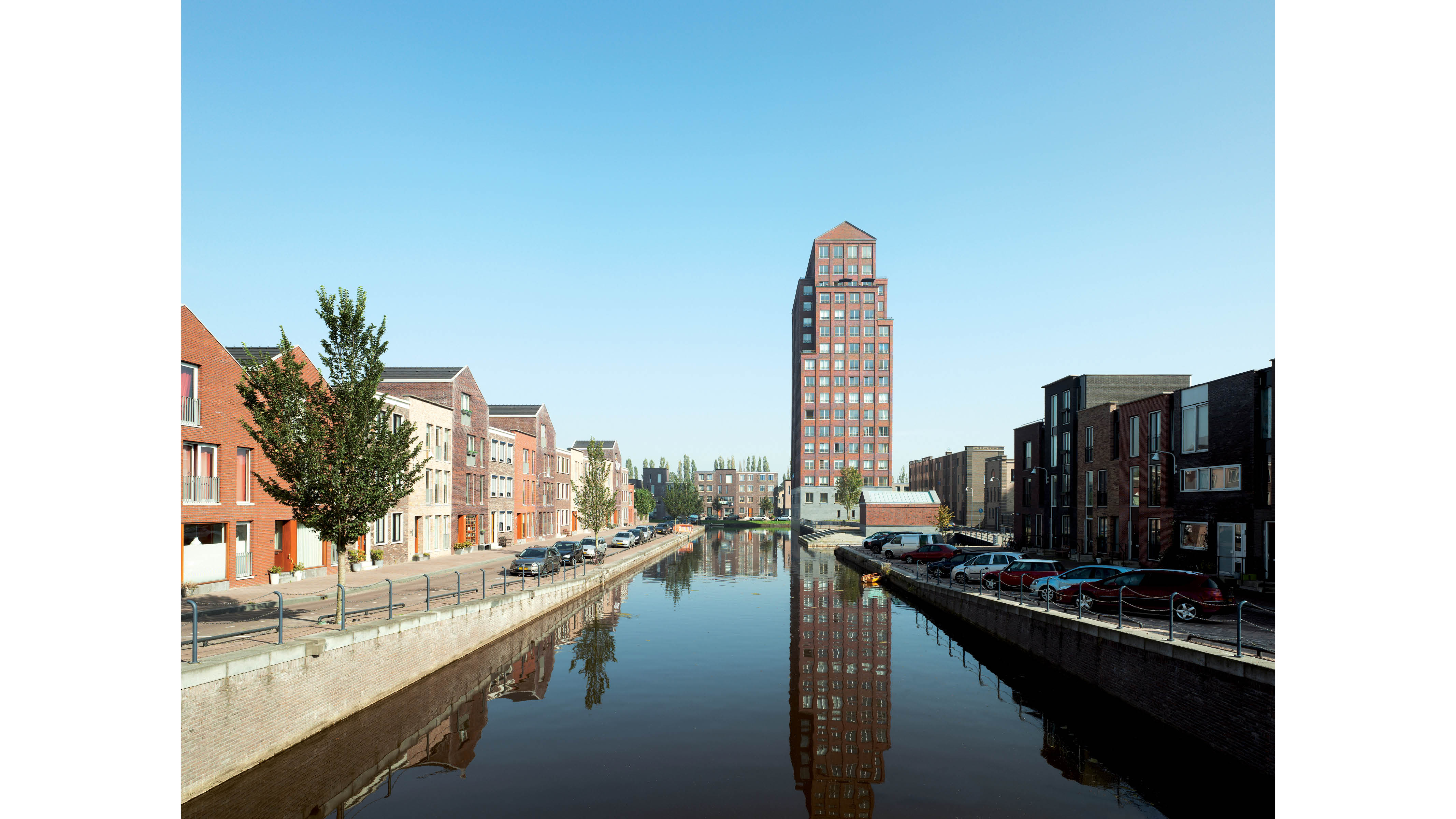 In the year 2000 Kollhoff & Pols were part of a team of architects who designed various building blocks and towers in the urban plan of West8. The Urban plan and the design are part of the centre of the new area Amersfoort Vathorst. A number of traditional canals structure the plan and define and several urban spaces. The building blocks are parcelled, allowing the city to grow naturally in its final form. The four towers of Kollhoff & Pols are designed as a recognizable ensemble shaping the new skyline.

The towers are built with traditional materials such as red brick, Belgian bluestone and characteristically shaped copper colored roofs. It is clear they are built to last. Vathorst Amersfoort, cut off from the historic city centre by a highway, can be seen as an independent city expansion. The ambition to create an own identity is achieved by building upon the typology of the historic centre in a modern way. The closed building blocks in combination with the towers allow for a high density. On the street level a large variety of public and care-related functions are housed. Designed with a high amount of flexibility the new city area can meet the needs of the new residents.