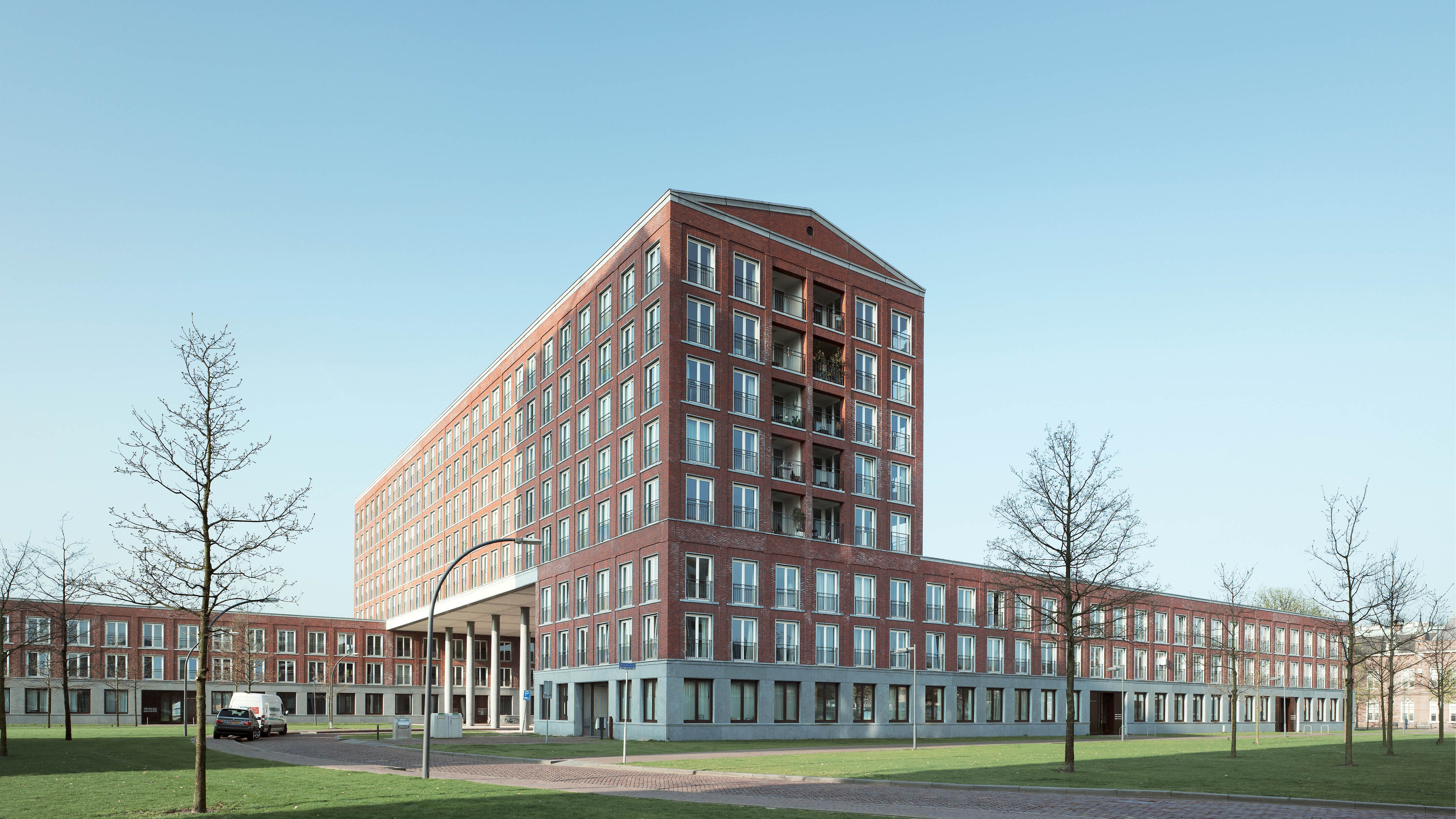 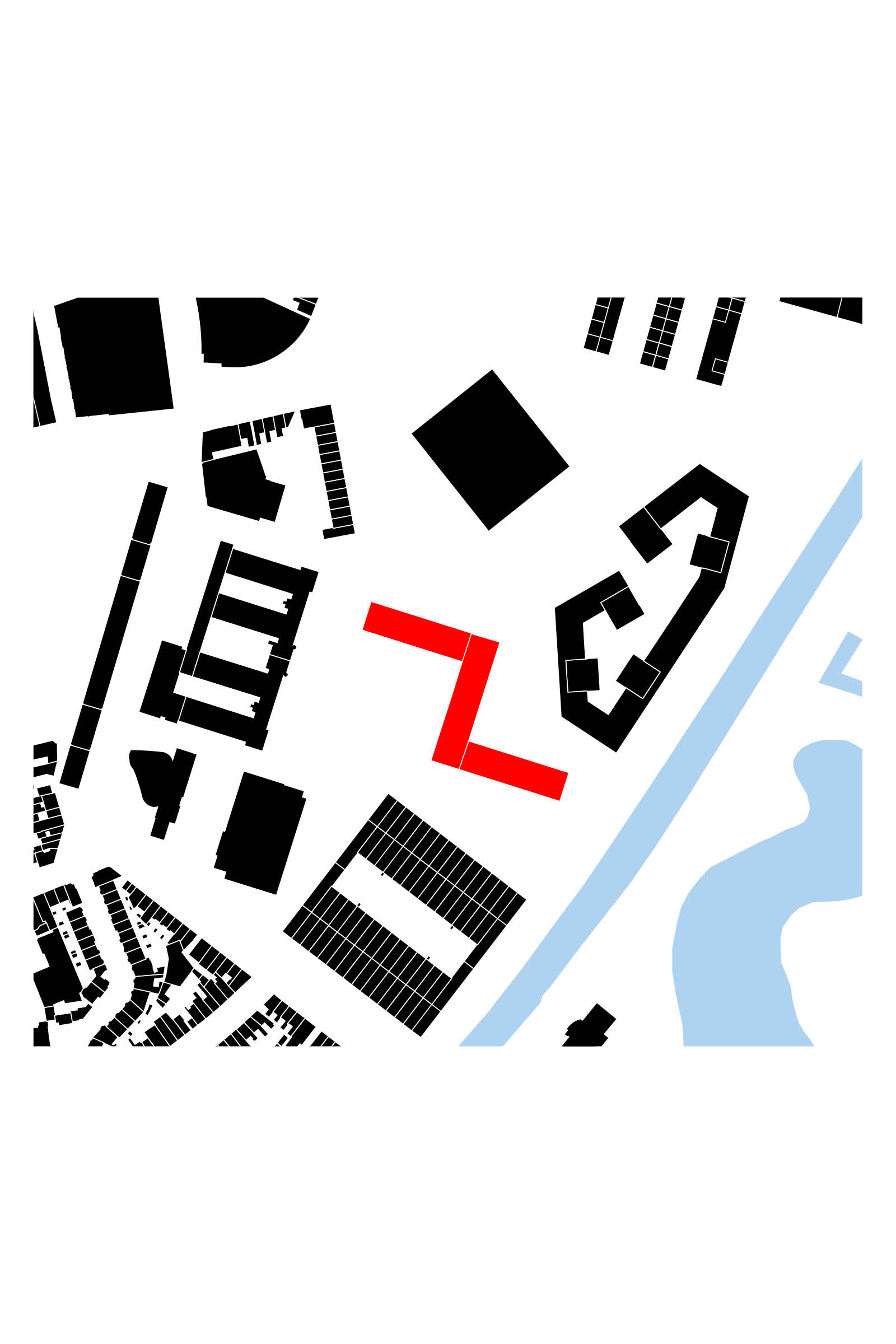 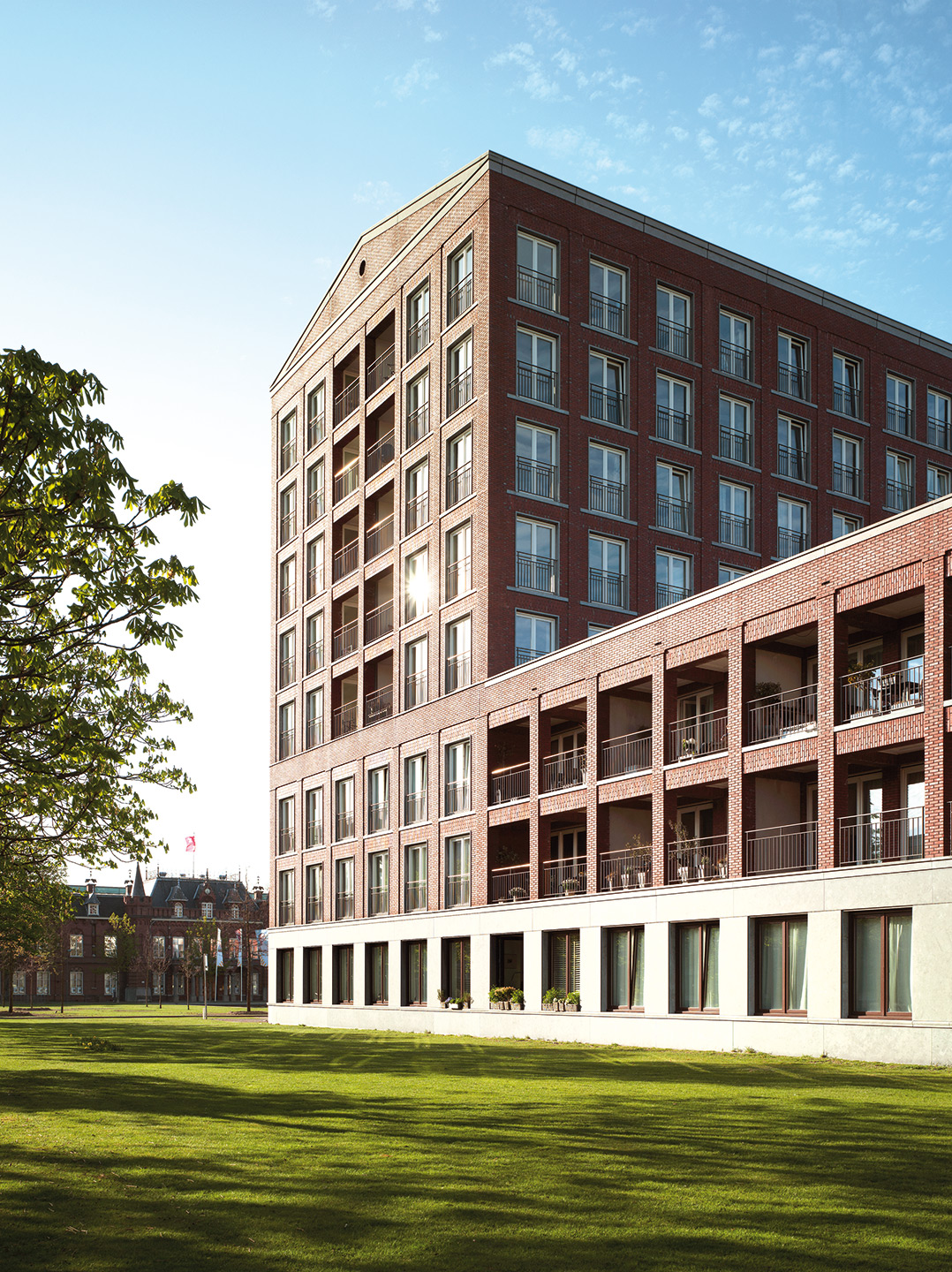 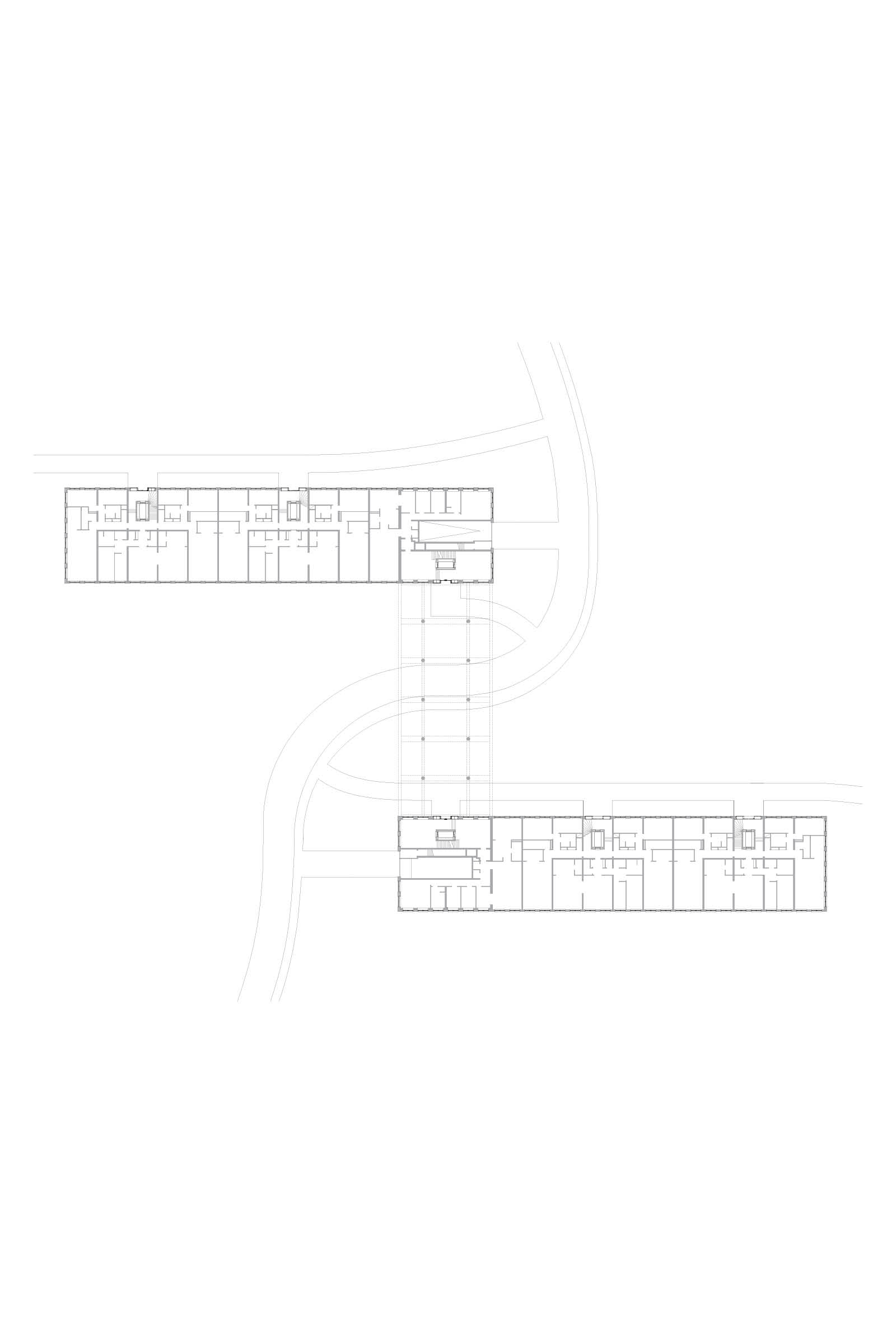 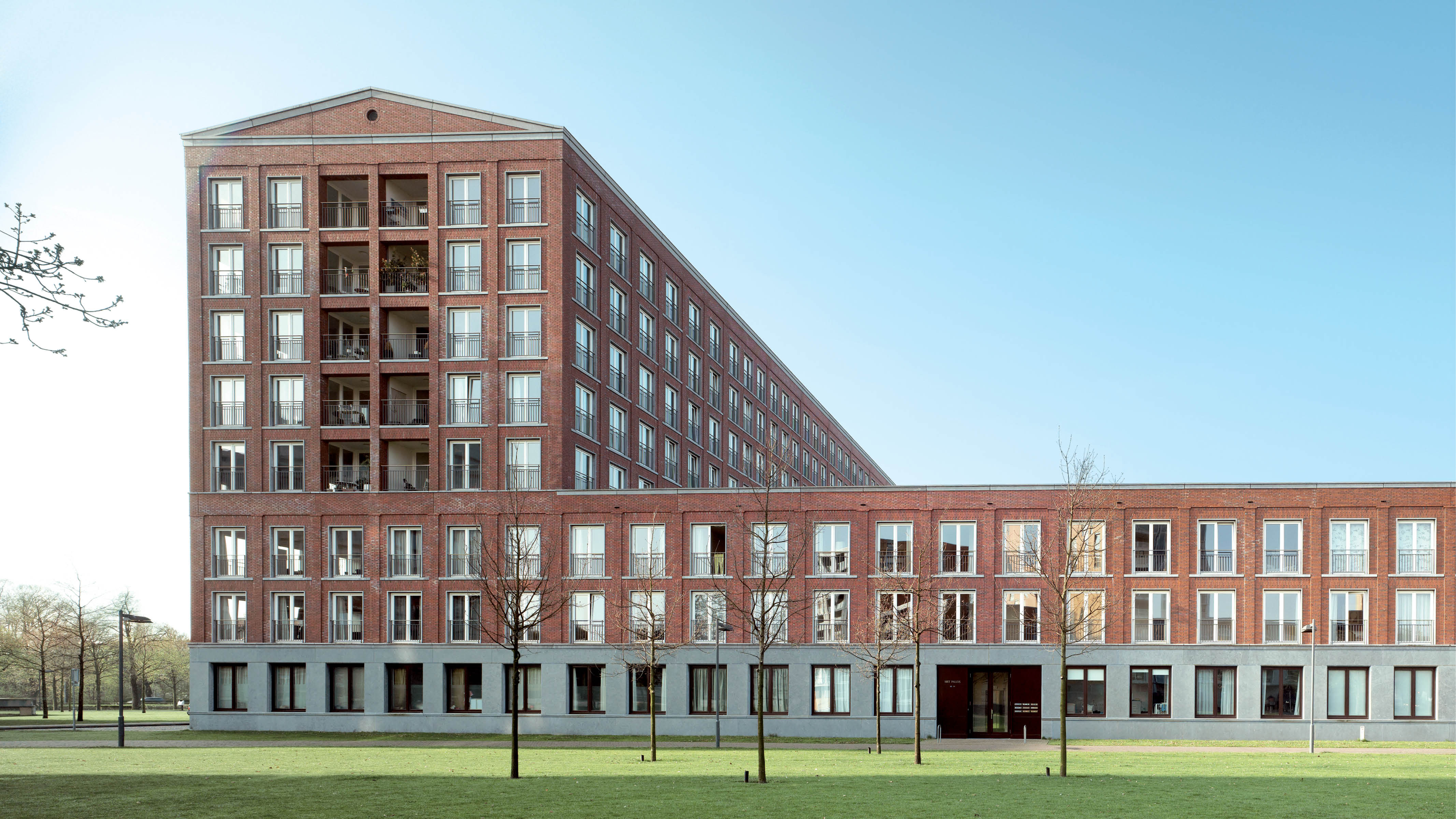 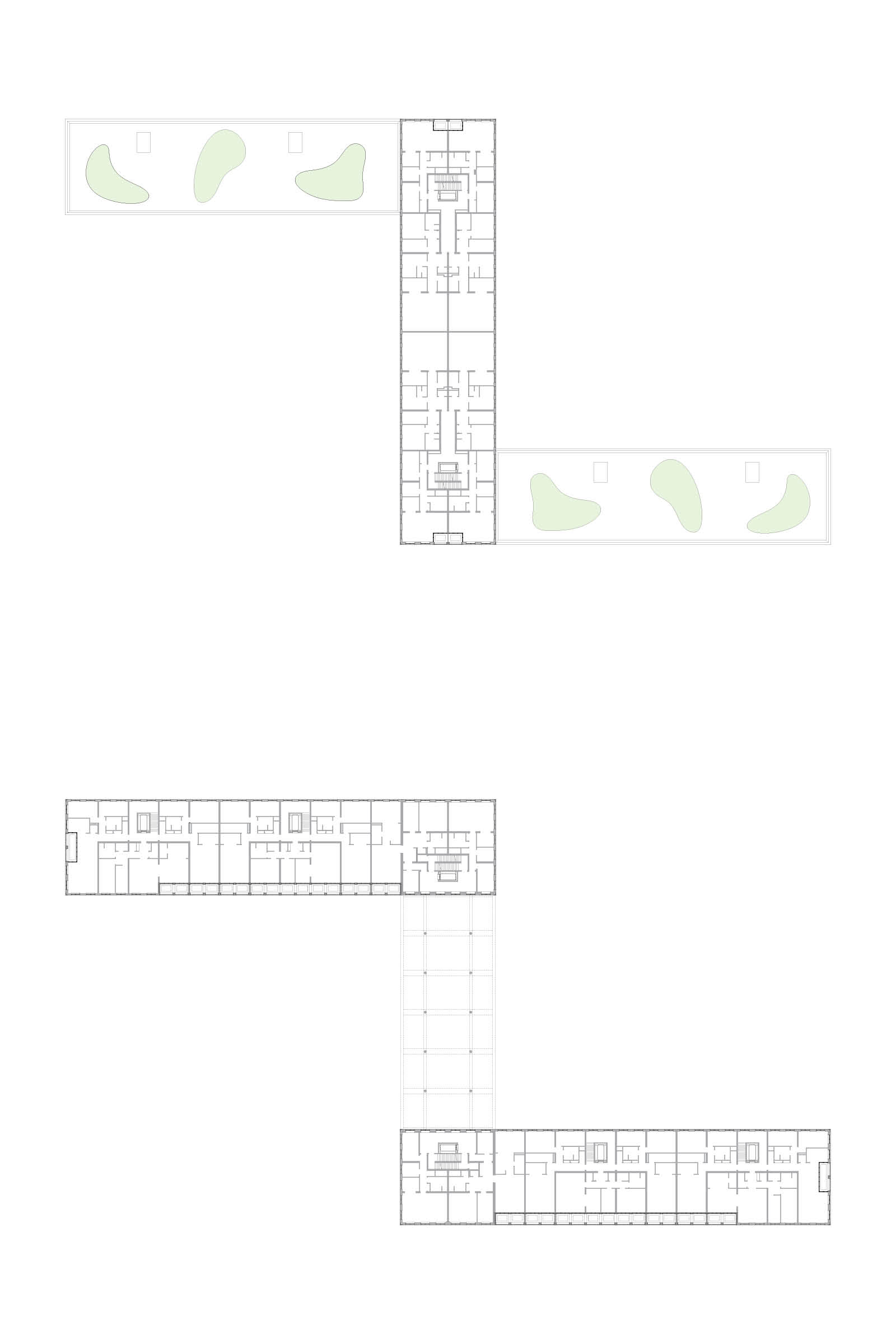 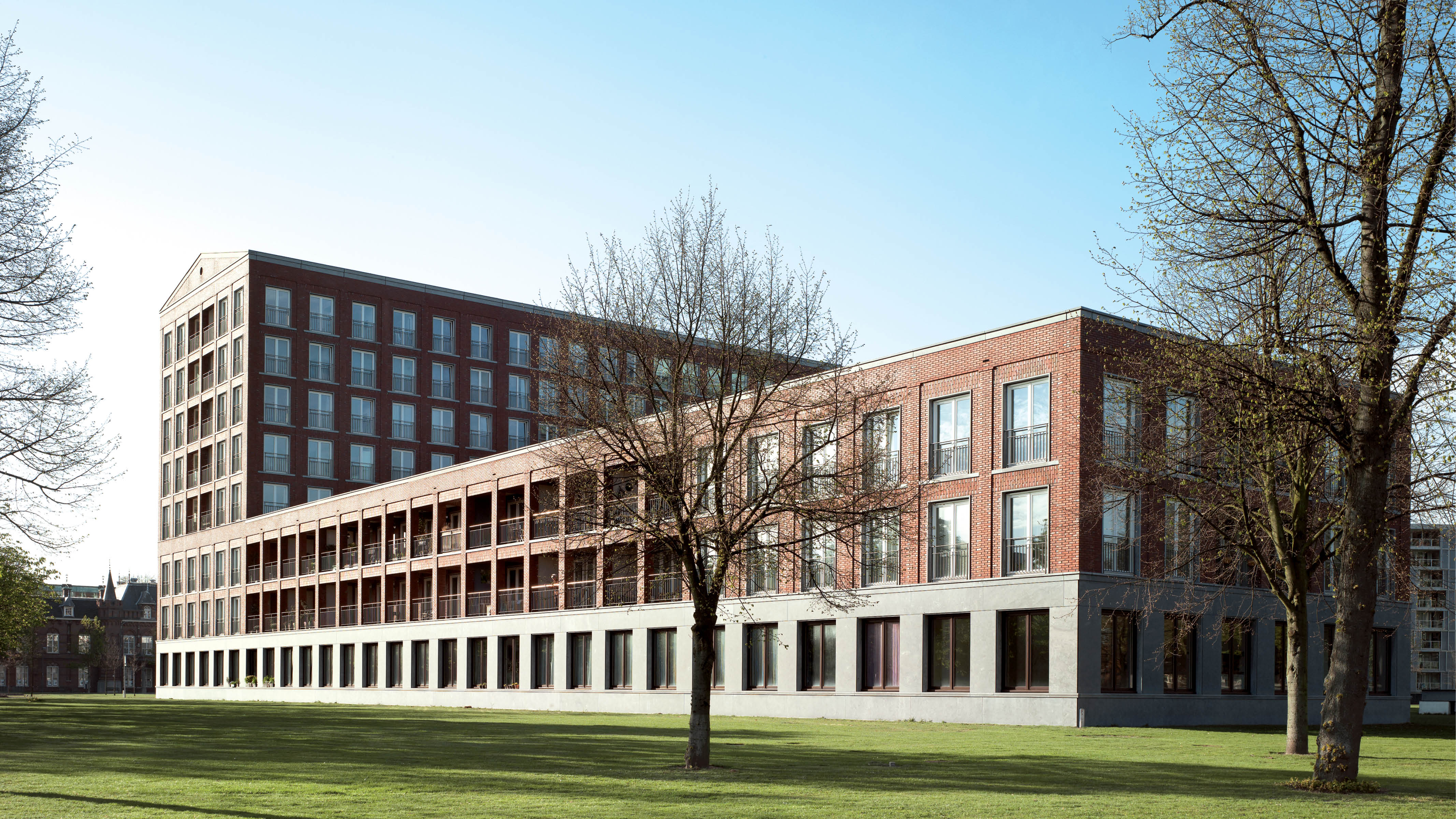 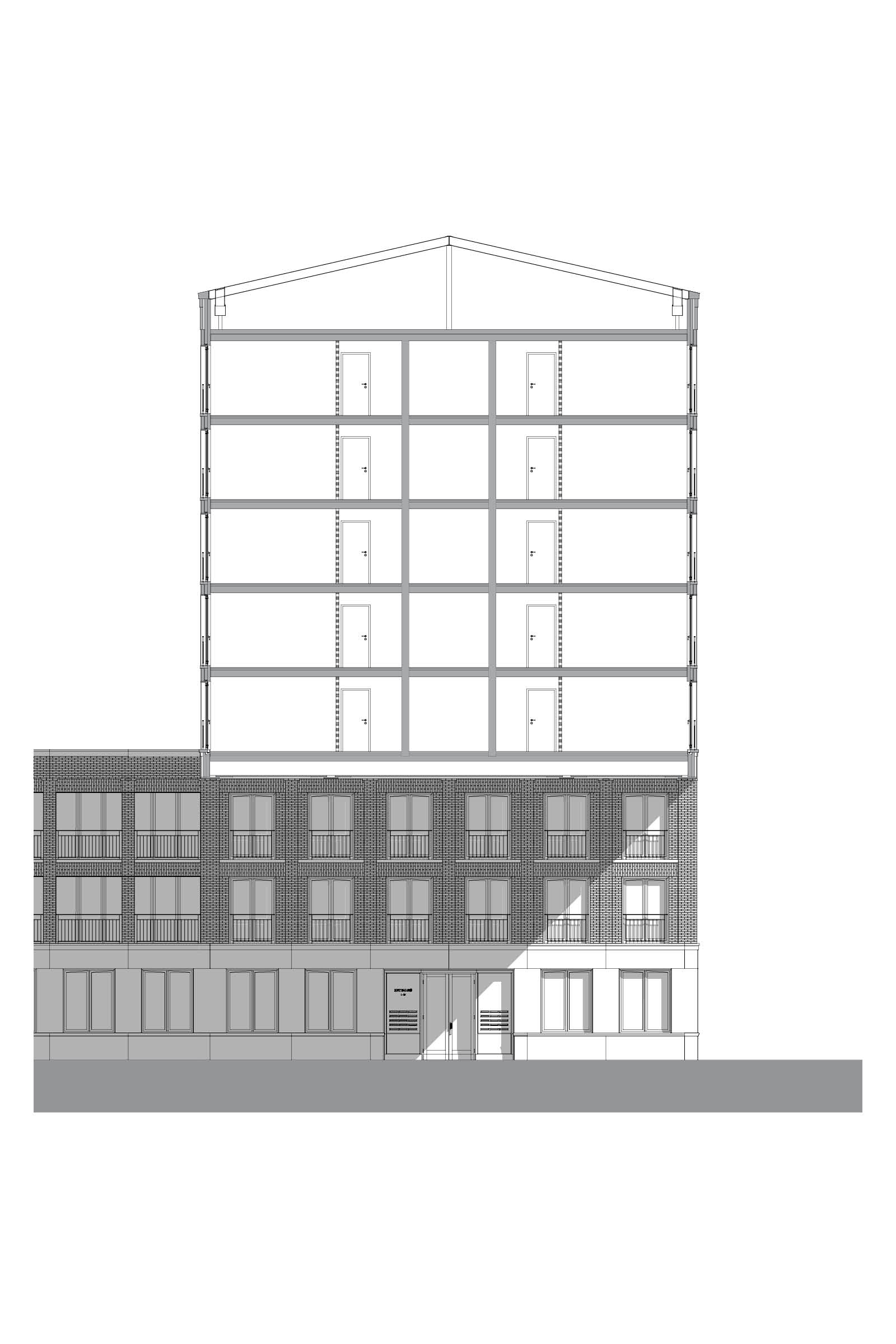 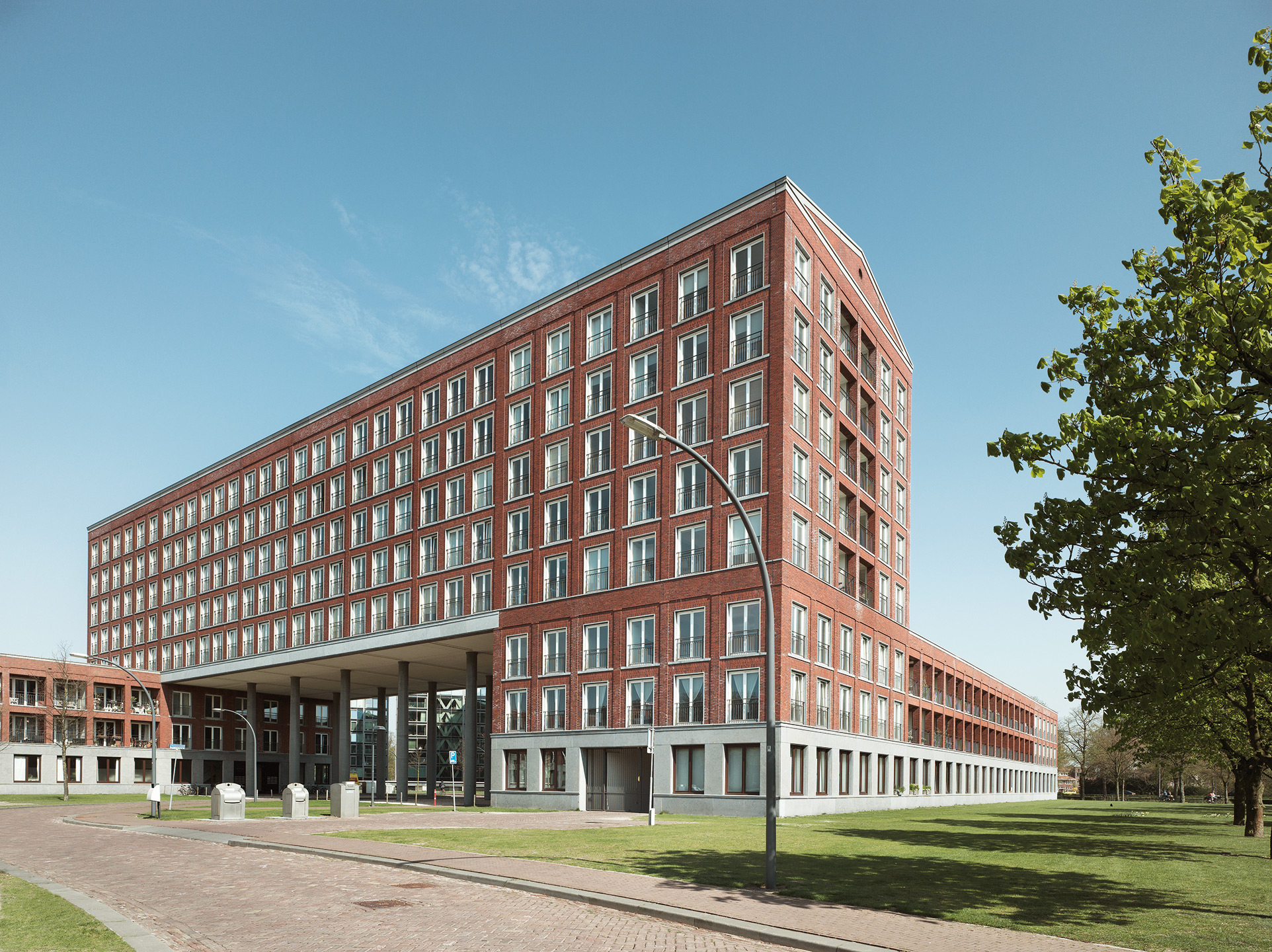 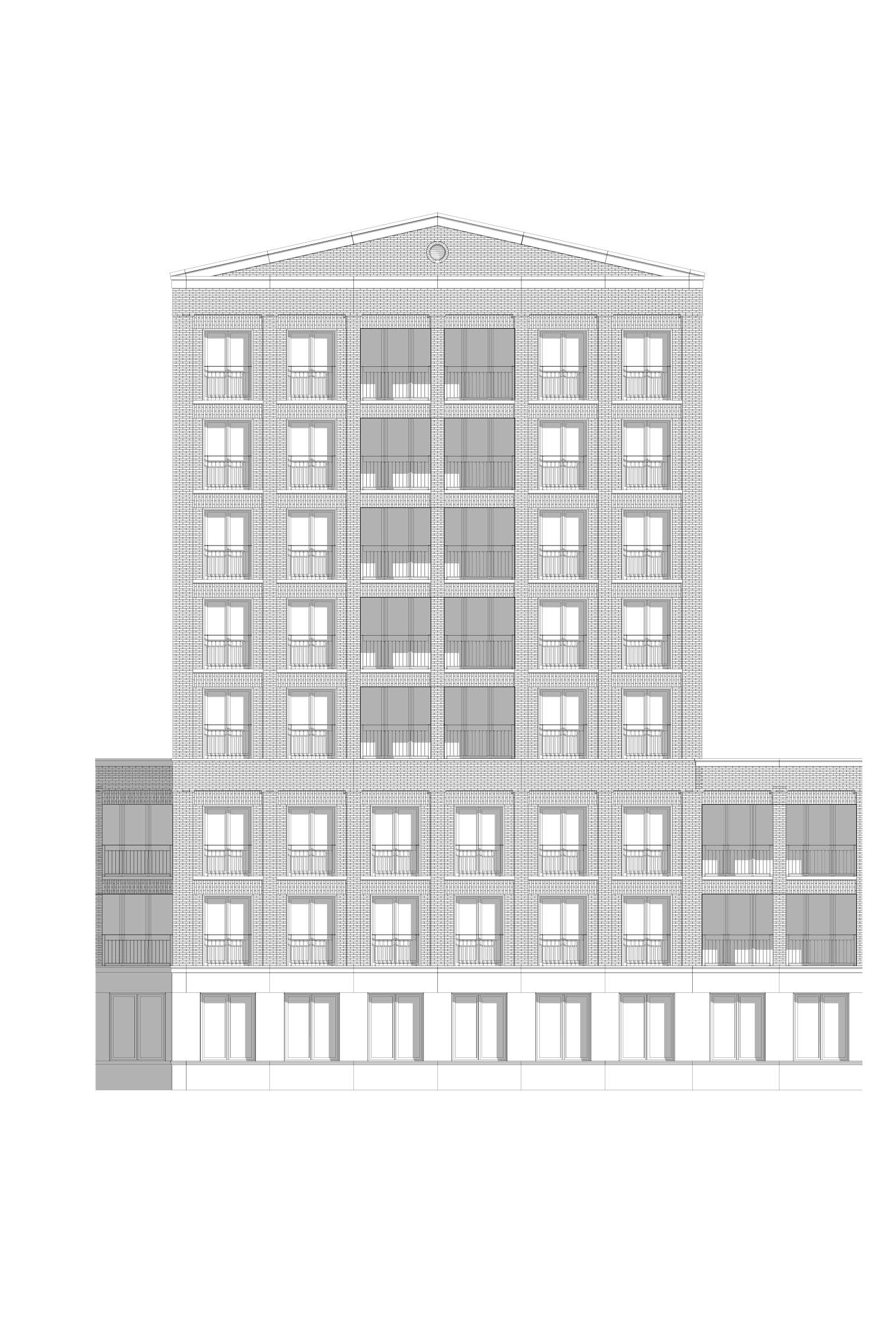 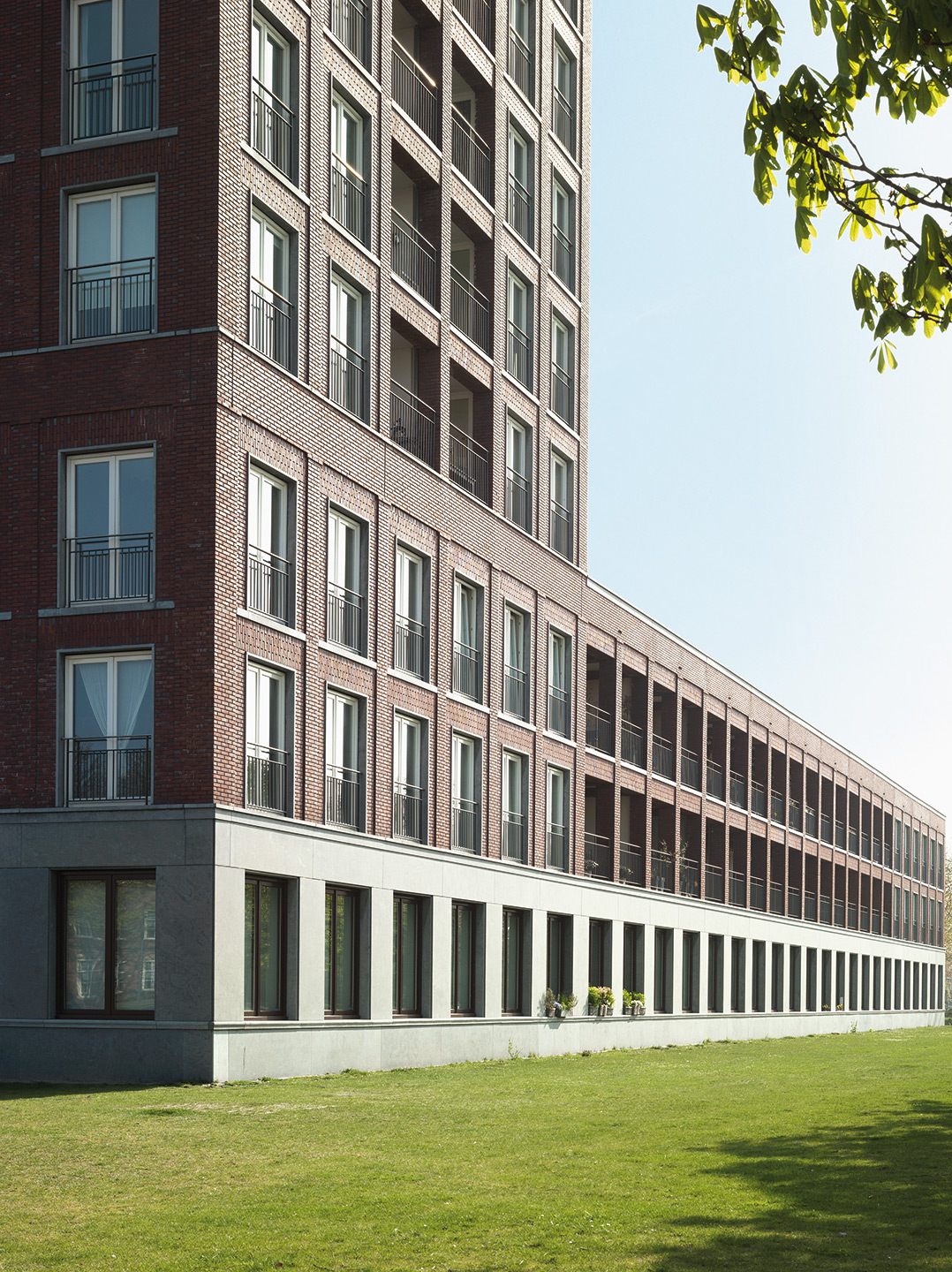 The residential building is part of the campus-like site of Chassé Park, a newly developed residential area in the centre of the old city of Breda. Within the ensemble of solitary and recognizable buildings in a green setting, the building acts as a connecting element by consciously referring to the older buildings in its form and appearance. The line of sight between the water, De Mark that borders the old city on one side, and the old barracks with its traditional brick architecture on the other, is marked with the building.

The building consists of three parts: two three-storey volumes parallel to each other are connected with a five-storey bridge building. Together the parts form a large-scale sculpture. Each part of the building has its own porch core with three or four apartments on each floor. Every home has a view of the park on two sides. Large south facing loggias and French balconies that repeat around the building, provide wonderful light and views and underline the noble character of the building. The facades are repetitive and are entirely prefabricated. Much attention has been paid to the details and materials of the shared porches and foyers where sustainable materials and more traditional details predominate.