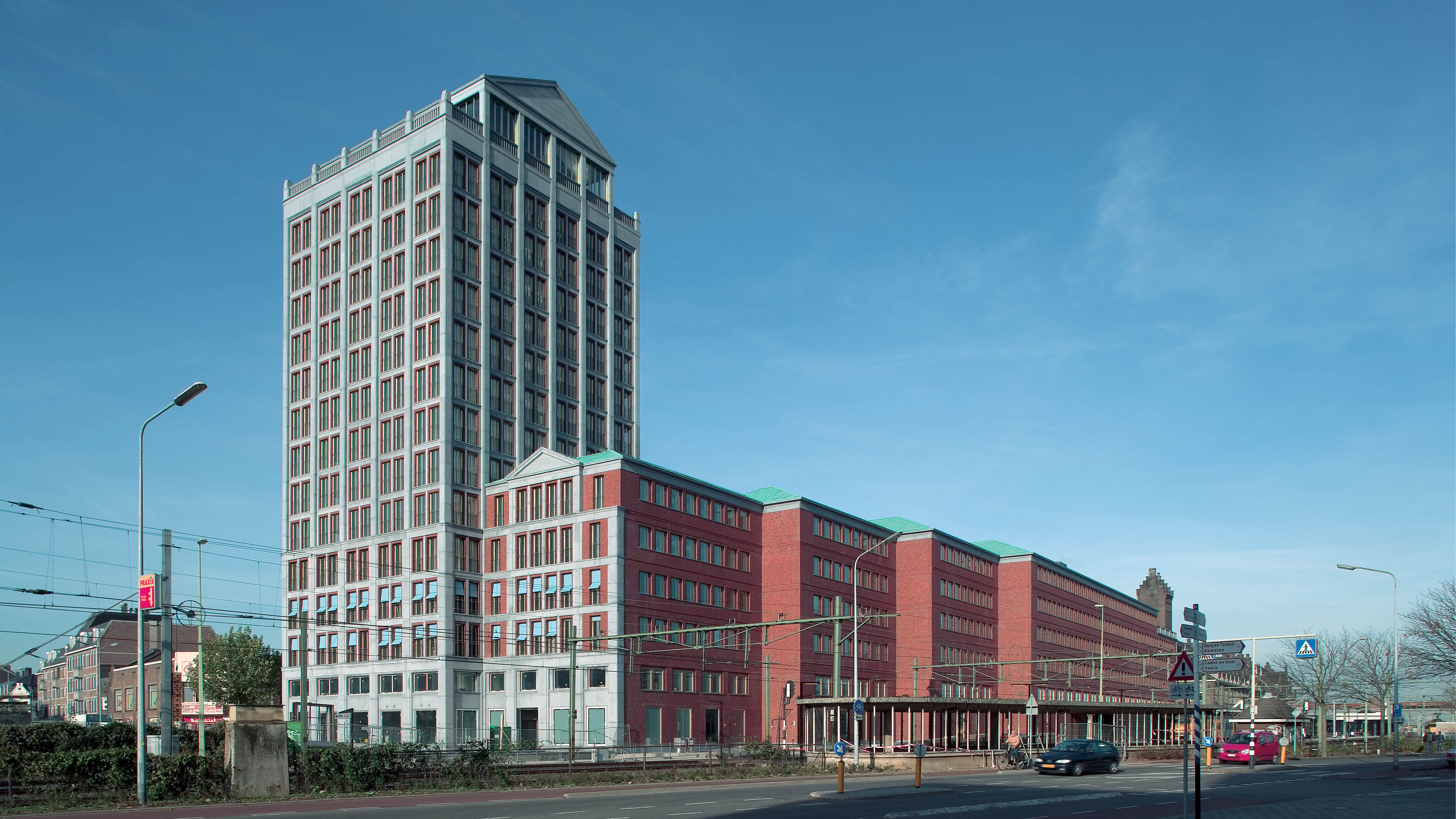 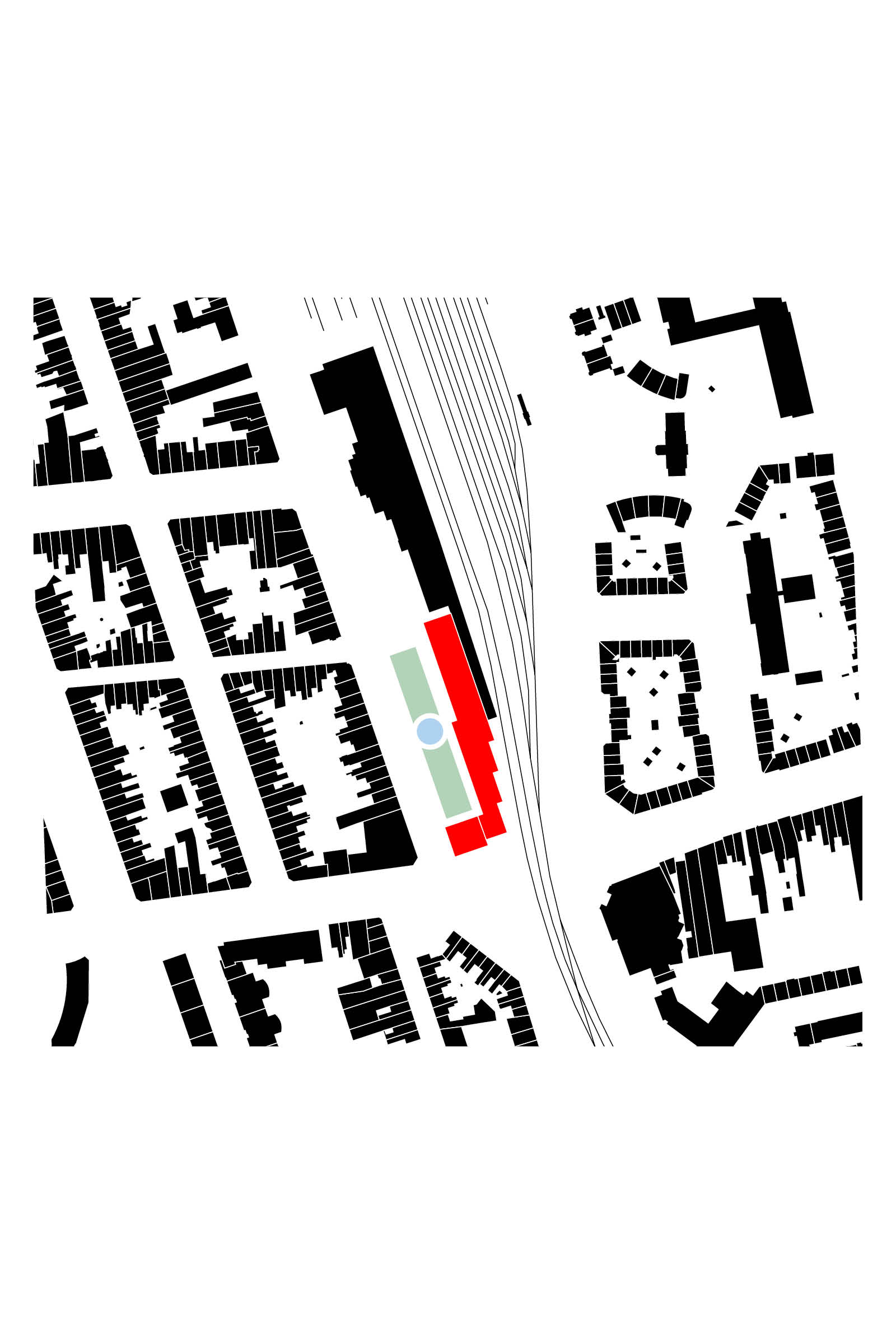 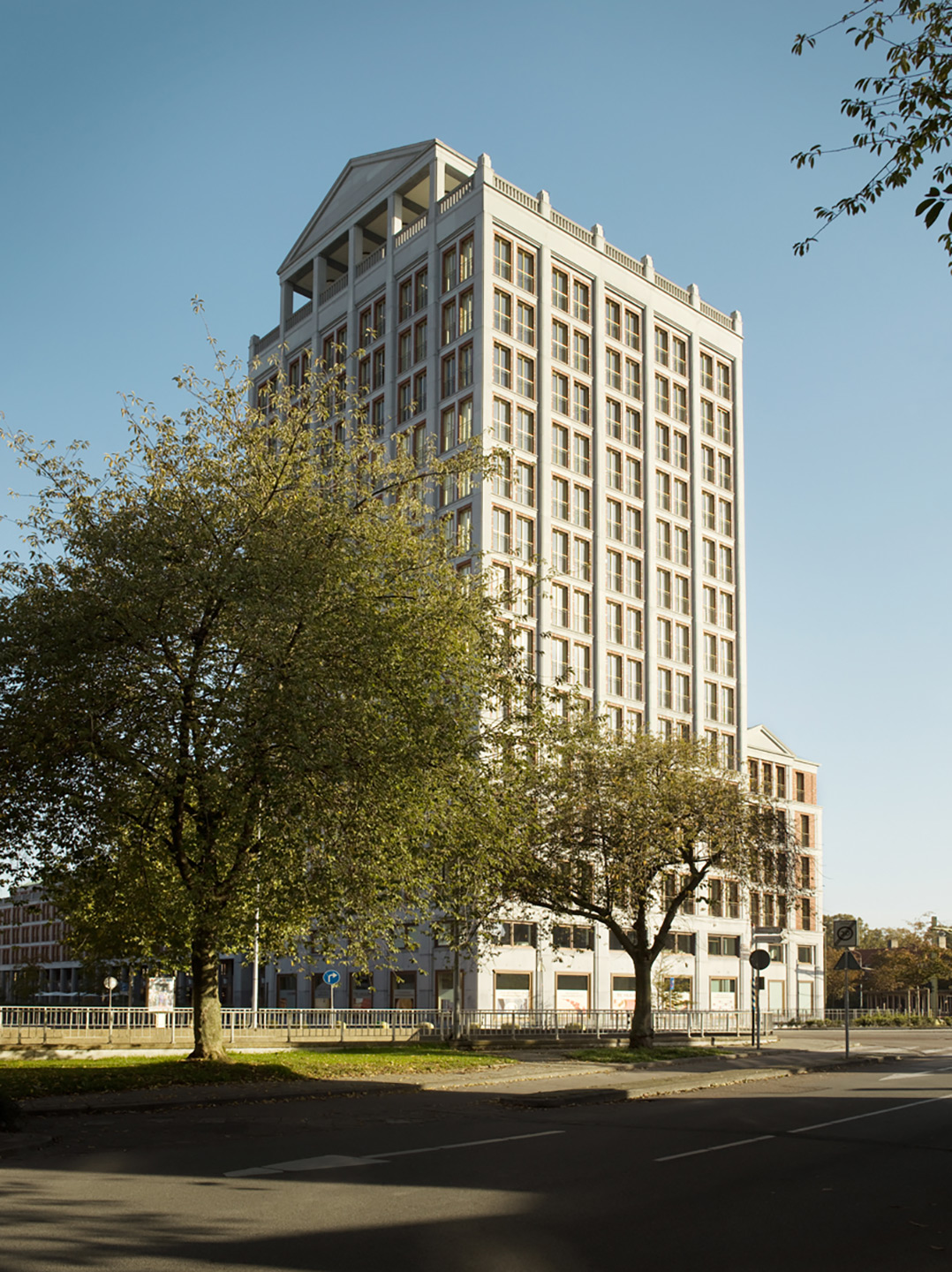 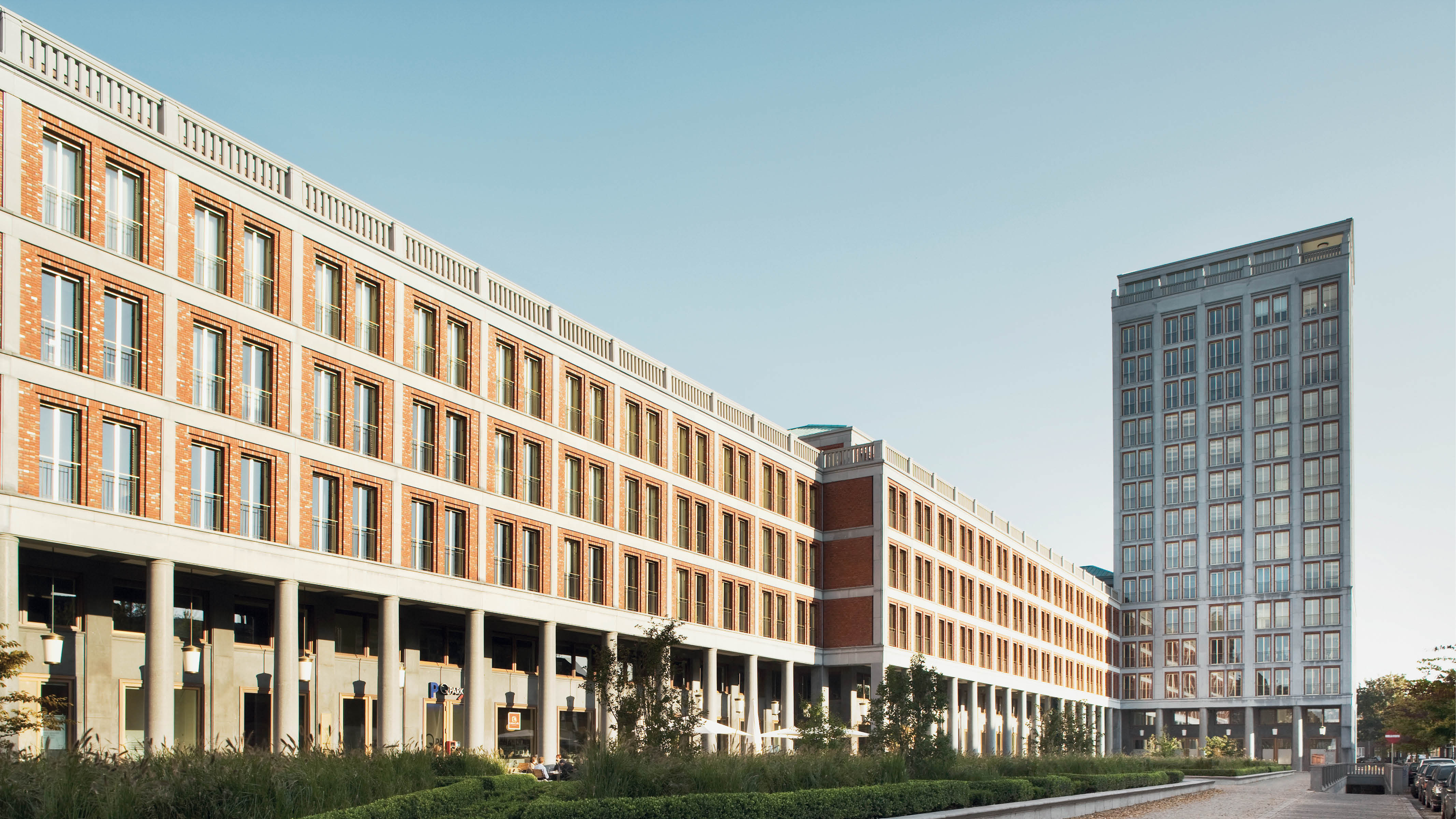 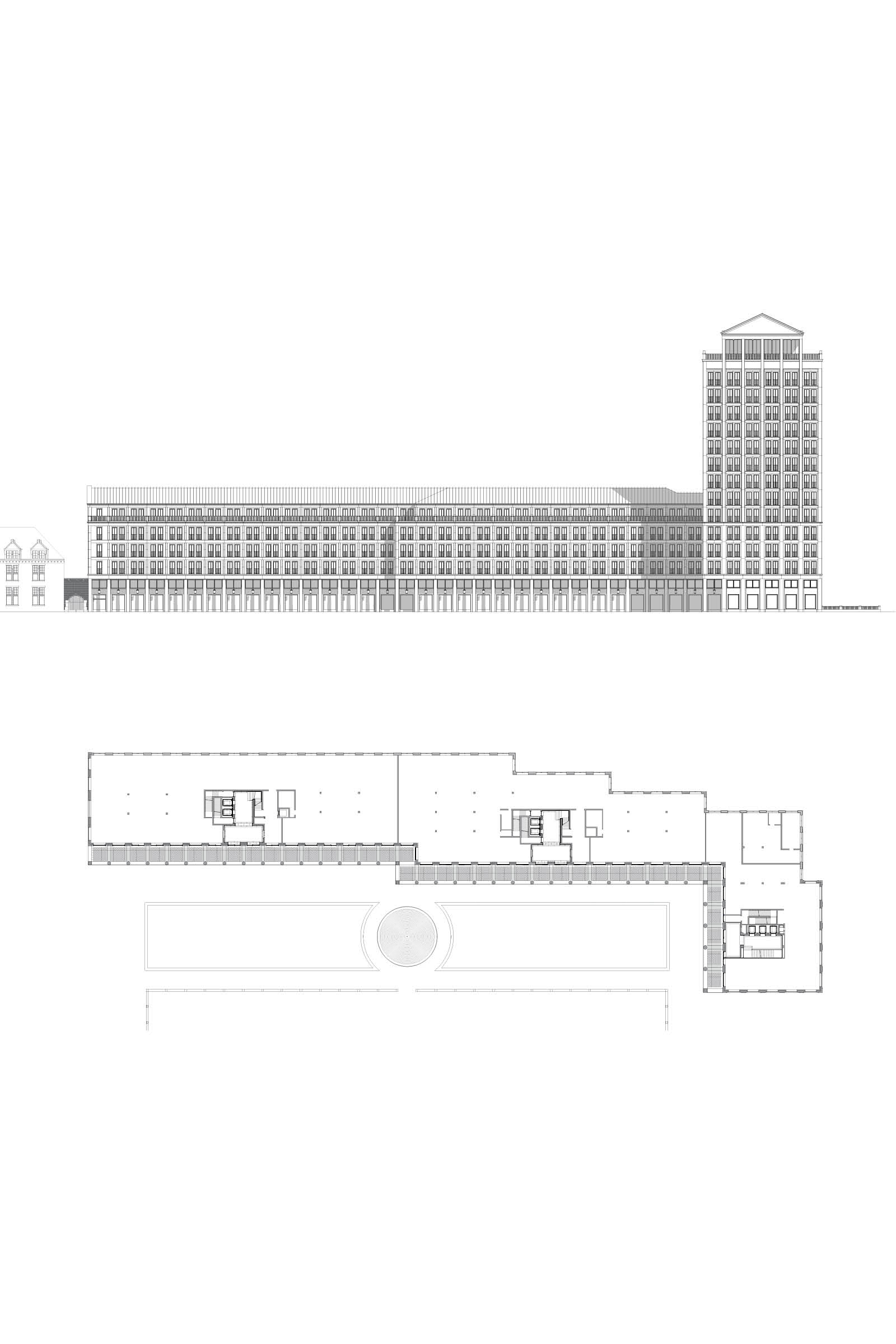 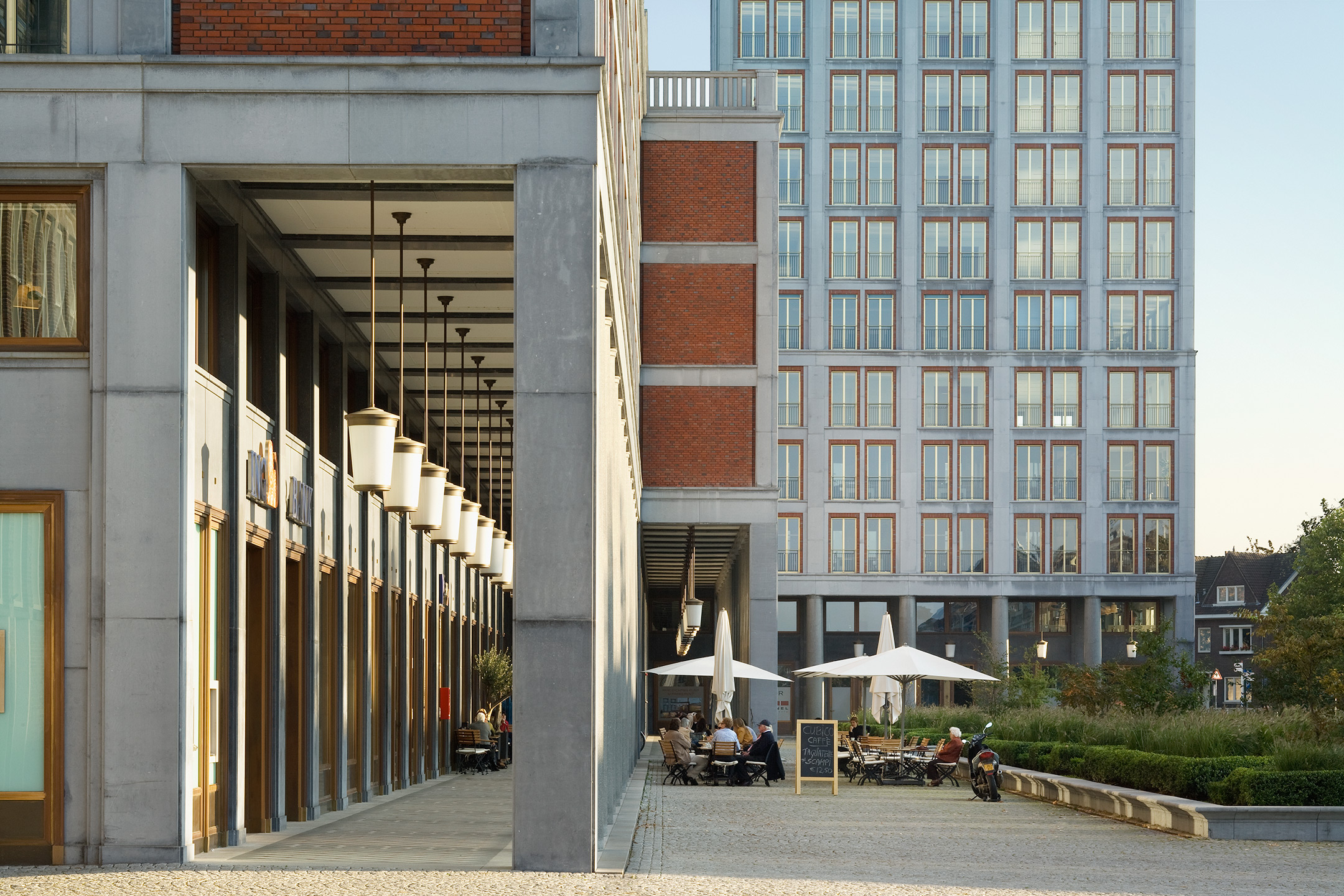 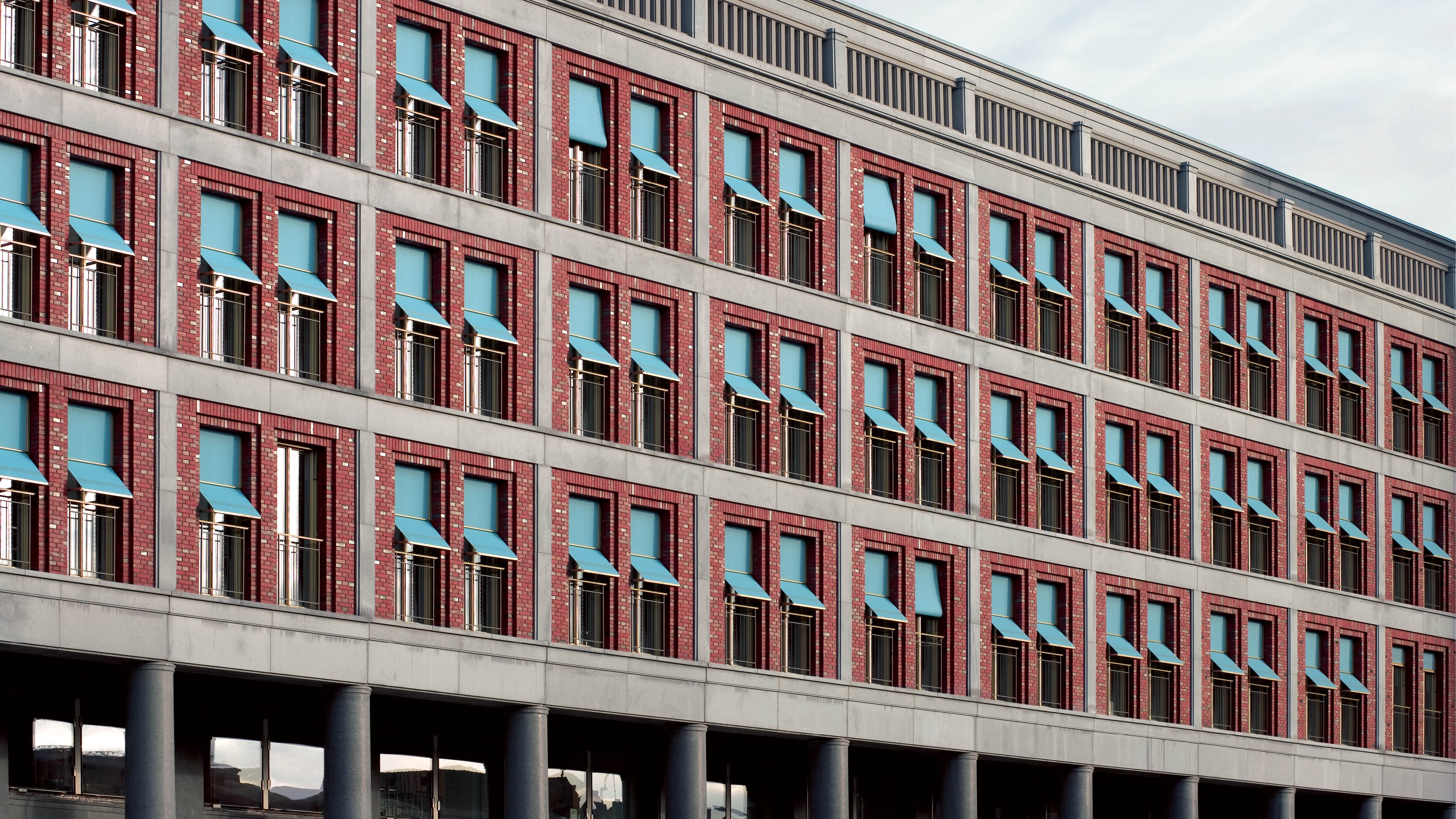 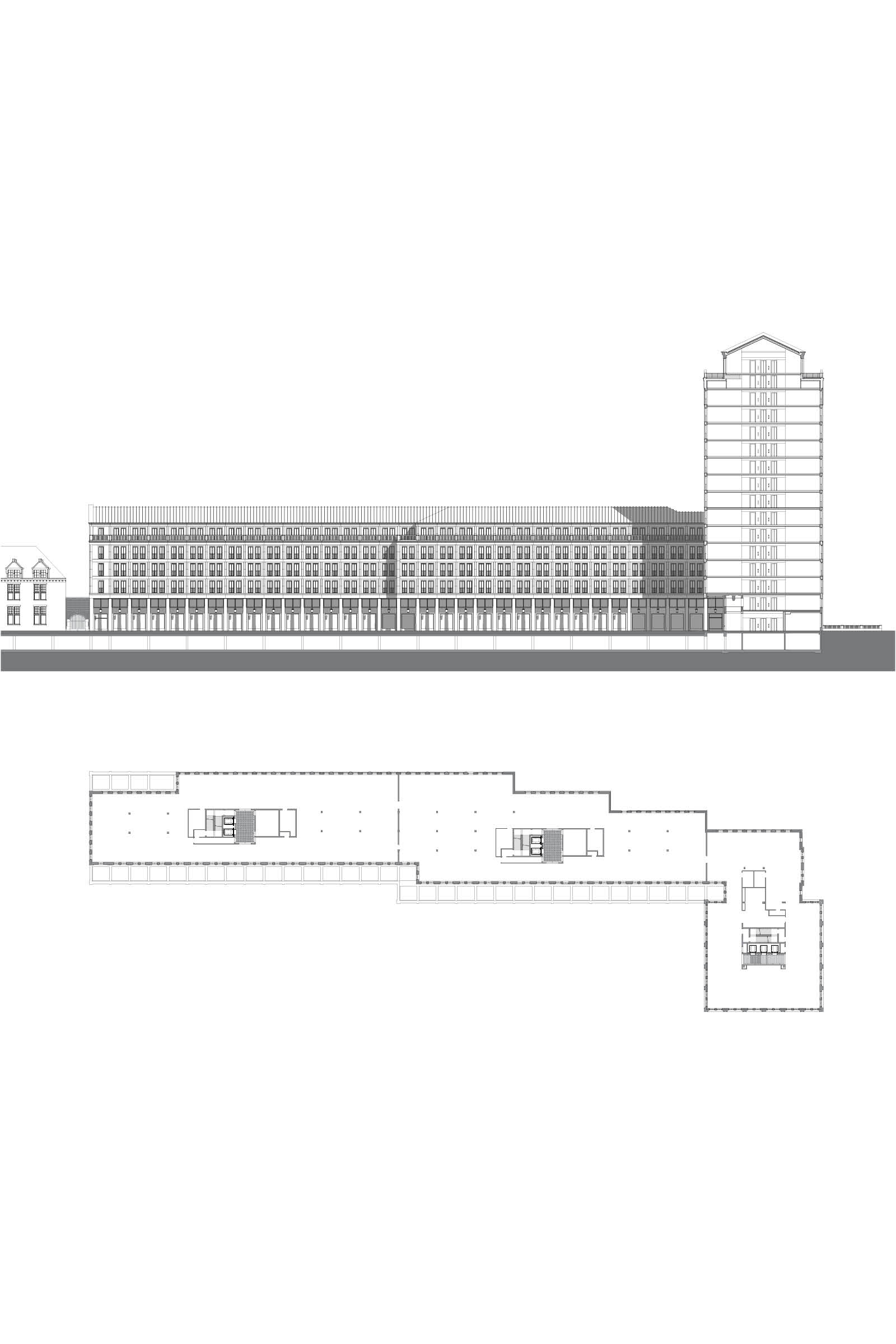 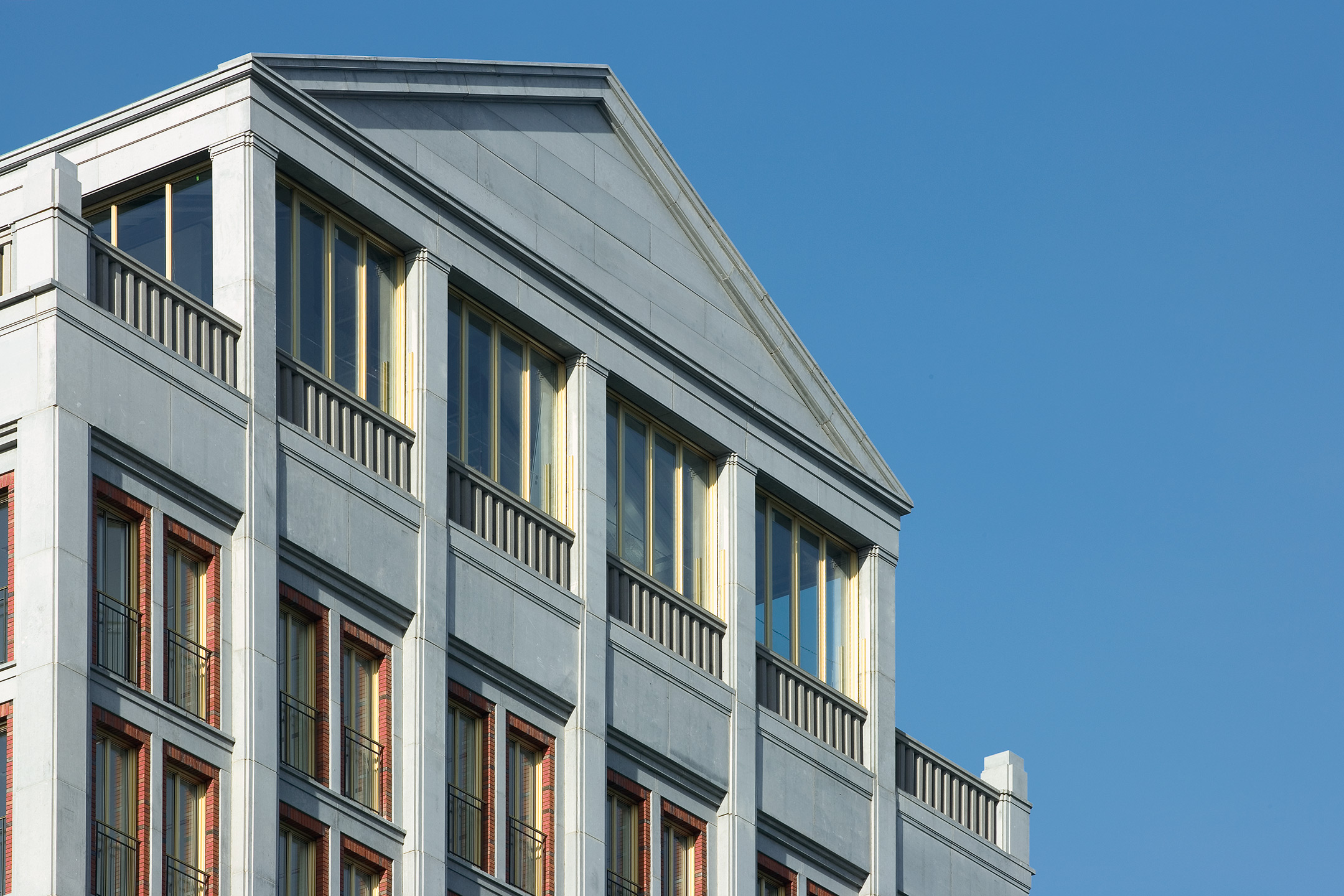 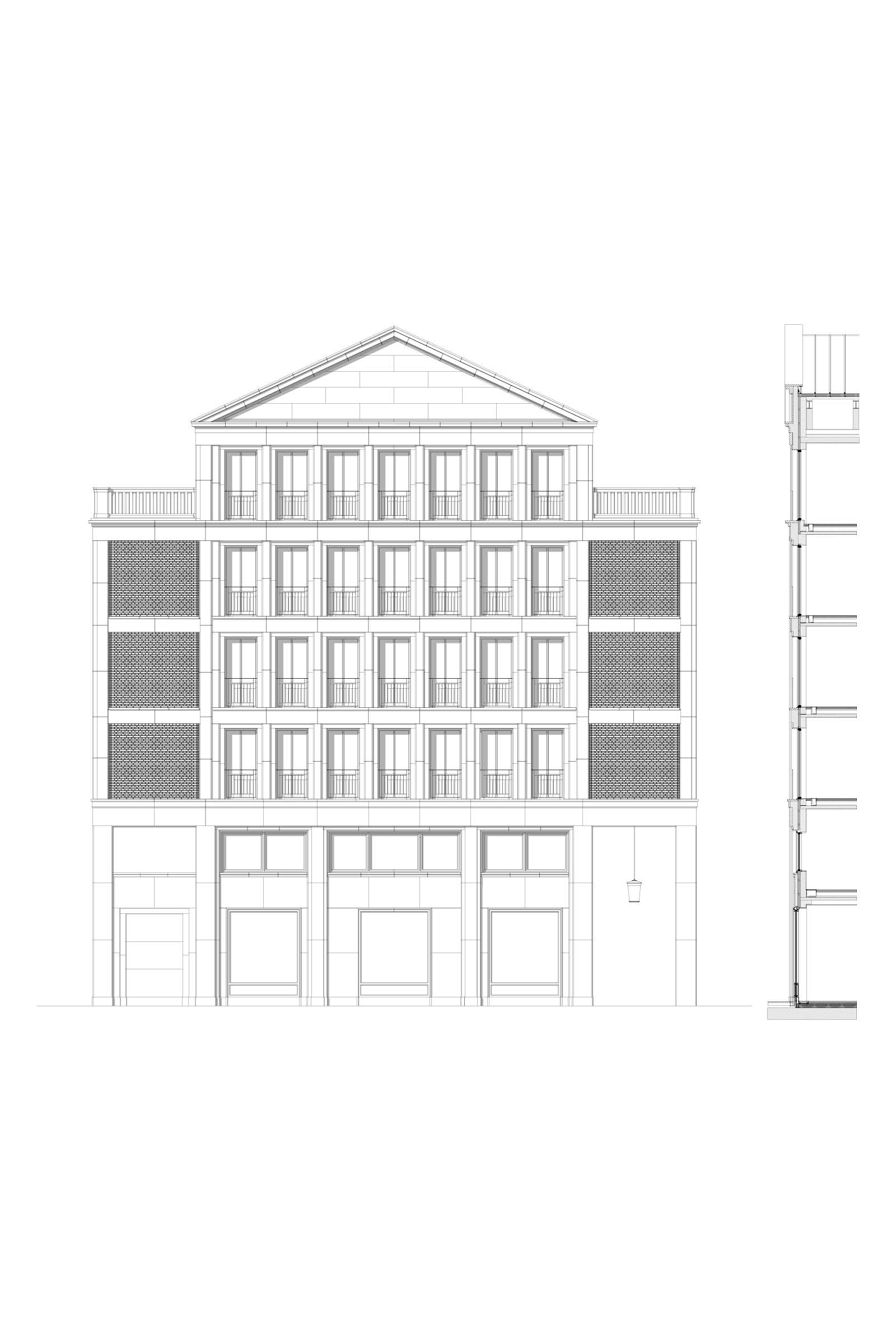 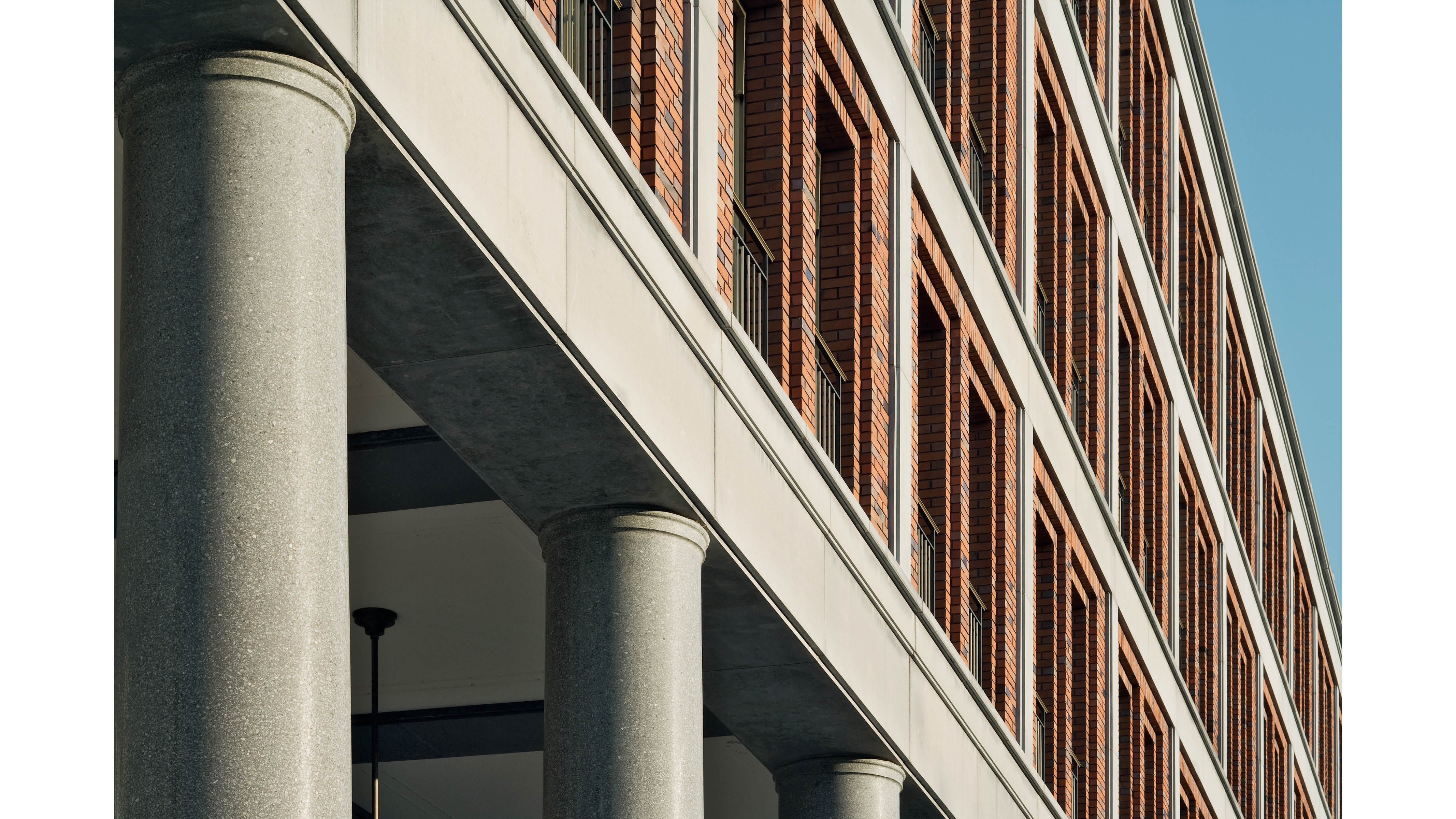 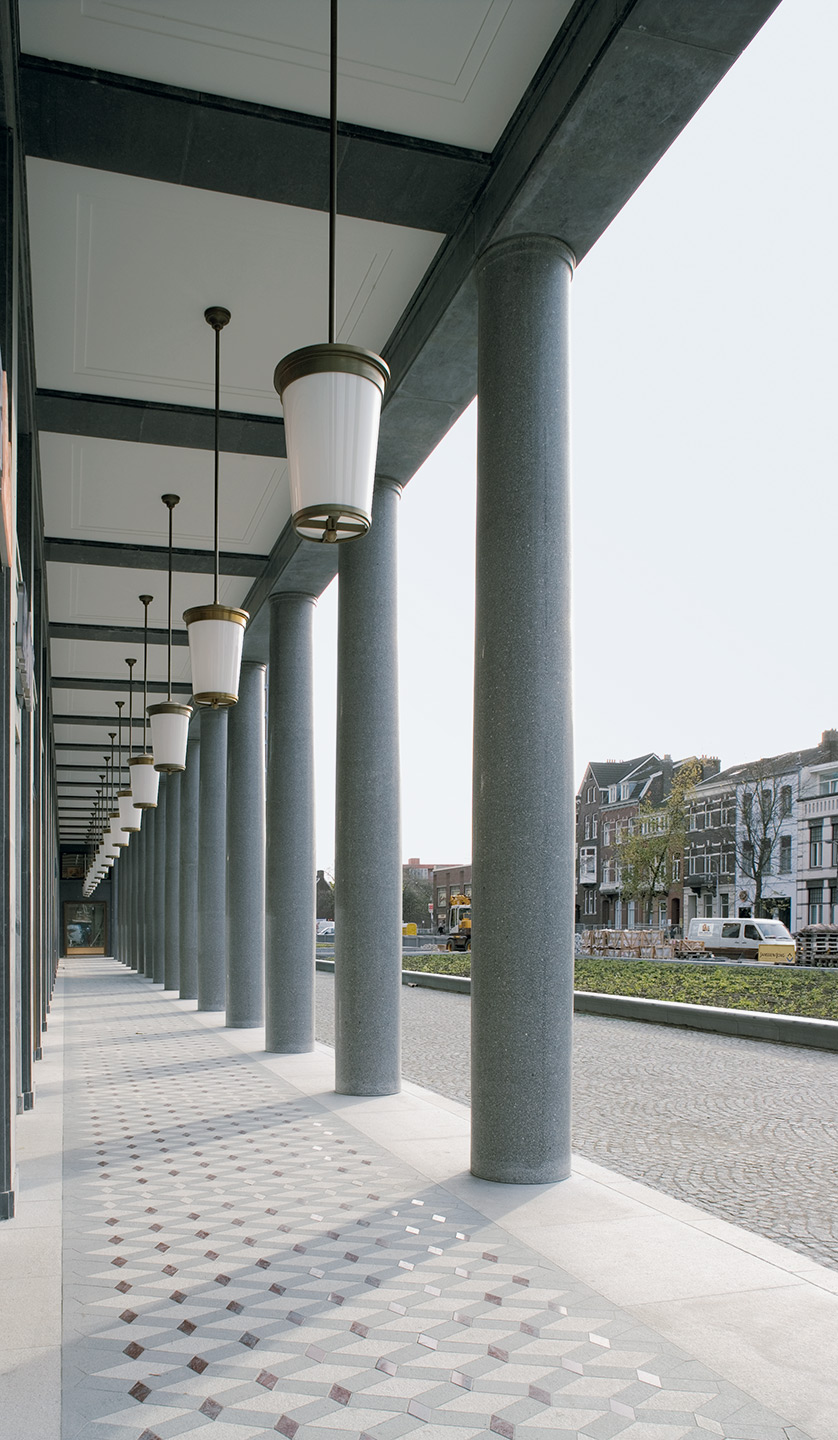 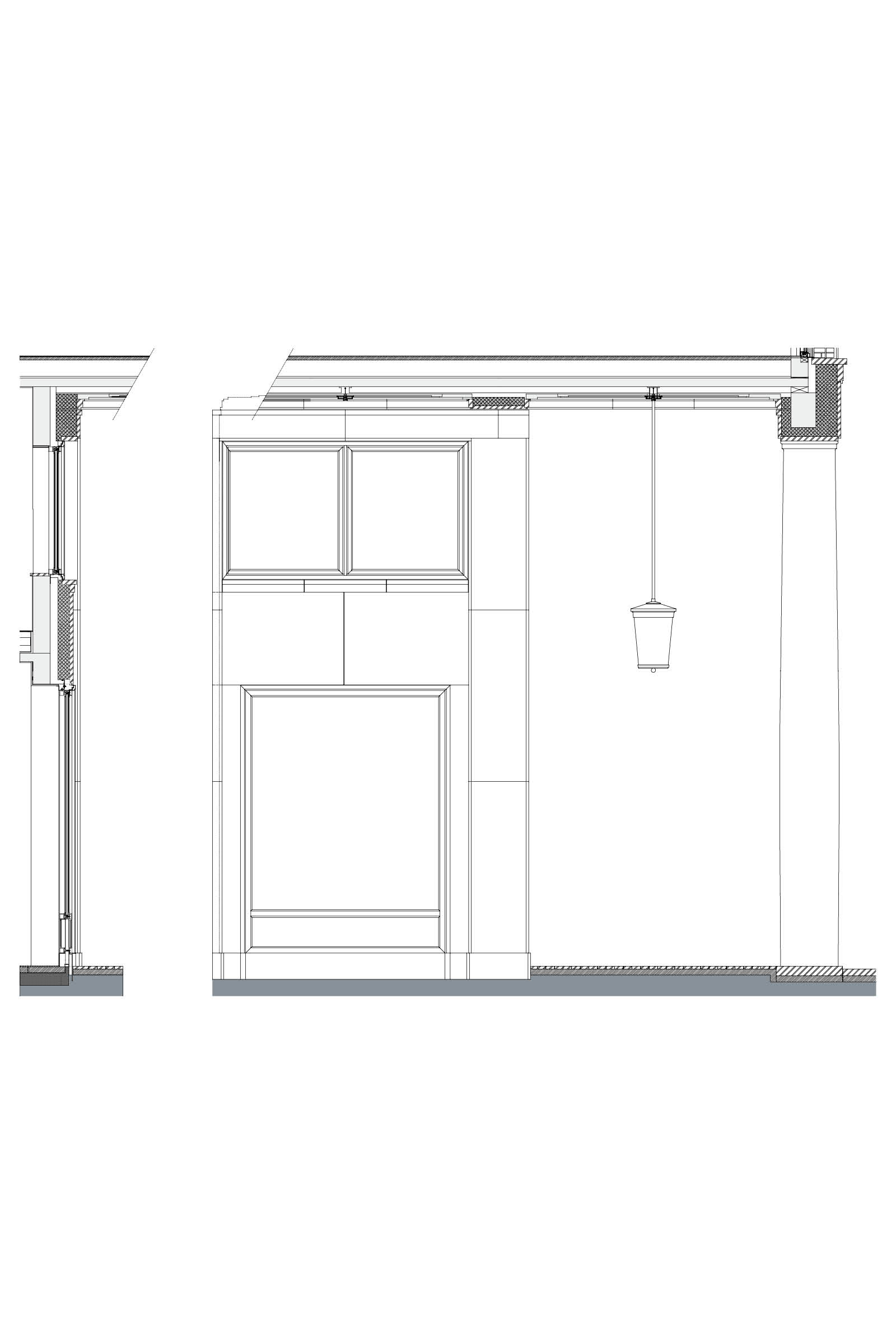 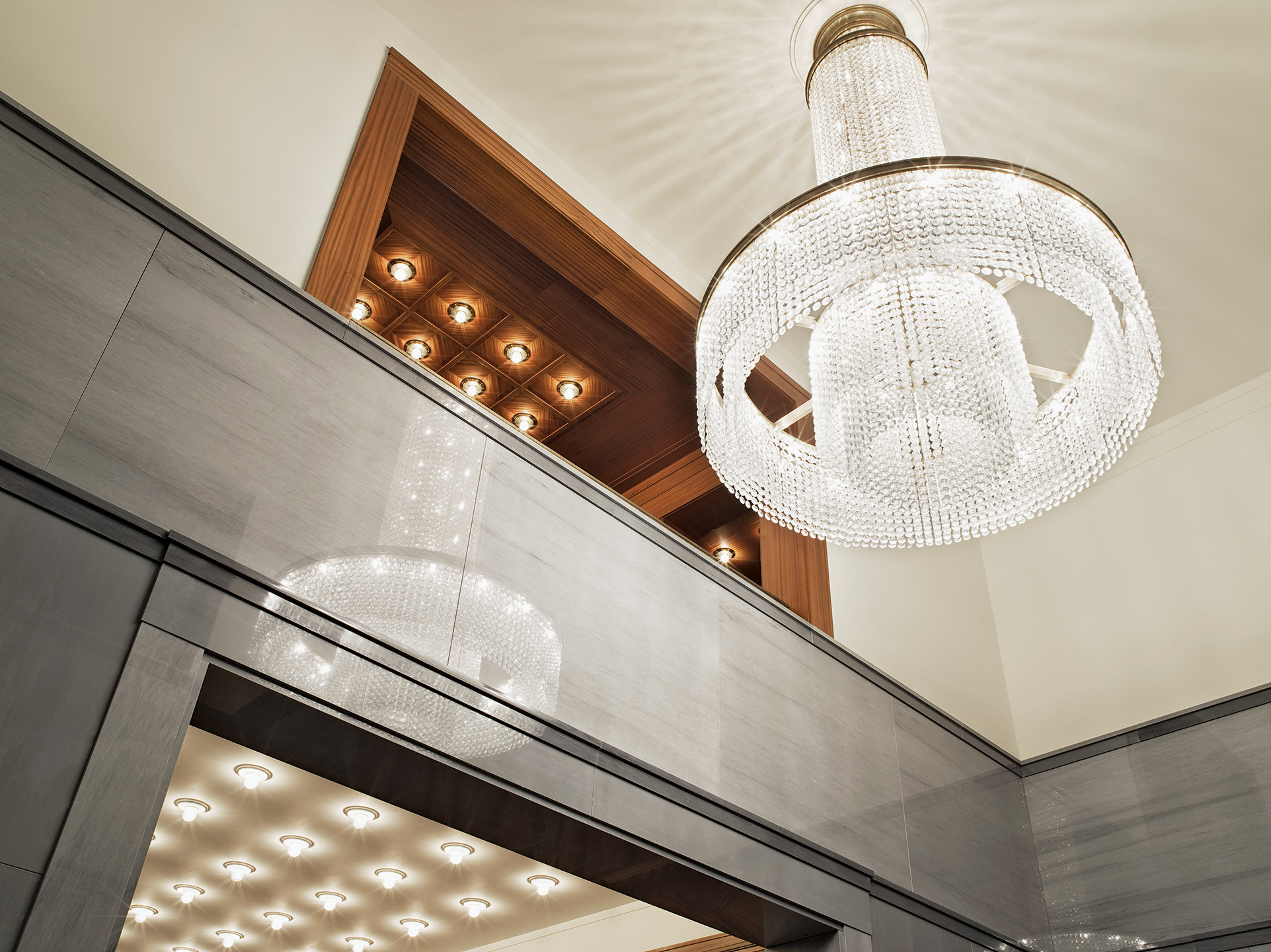 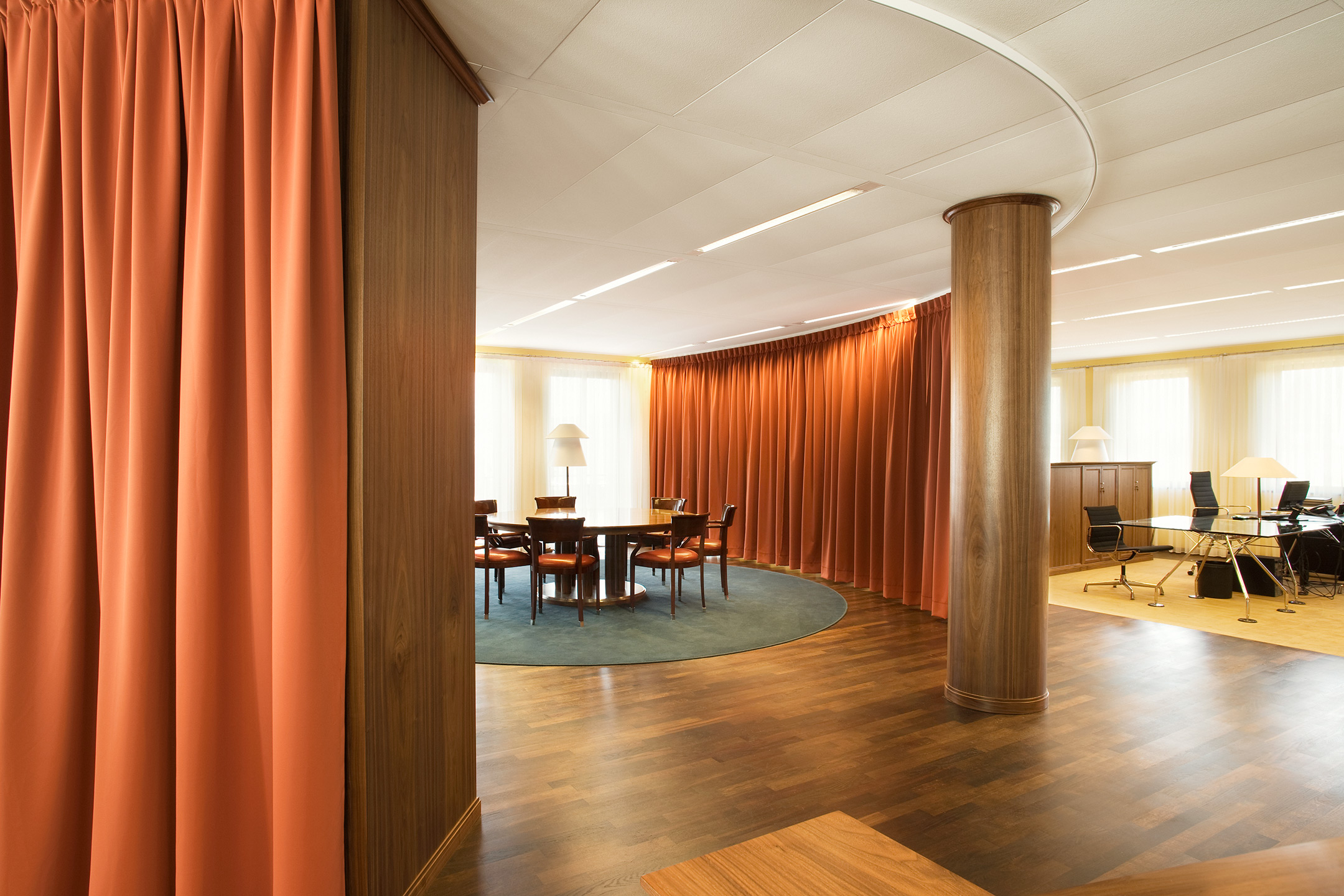 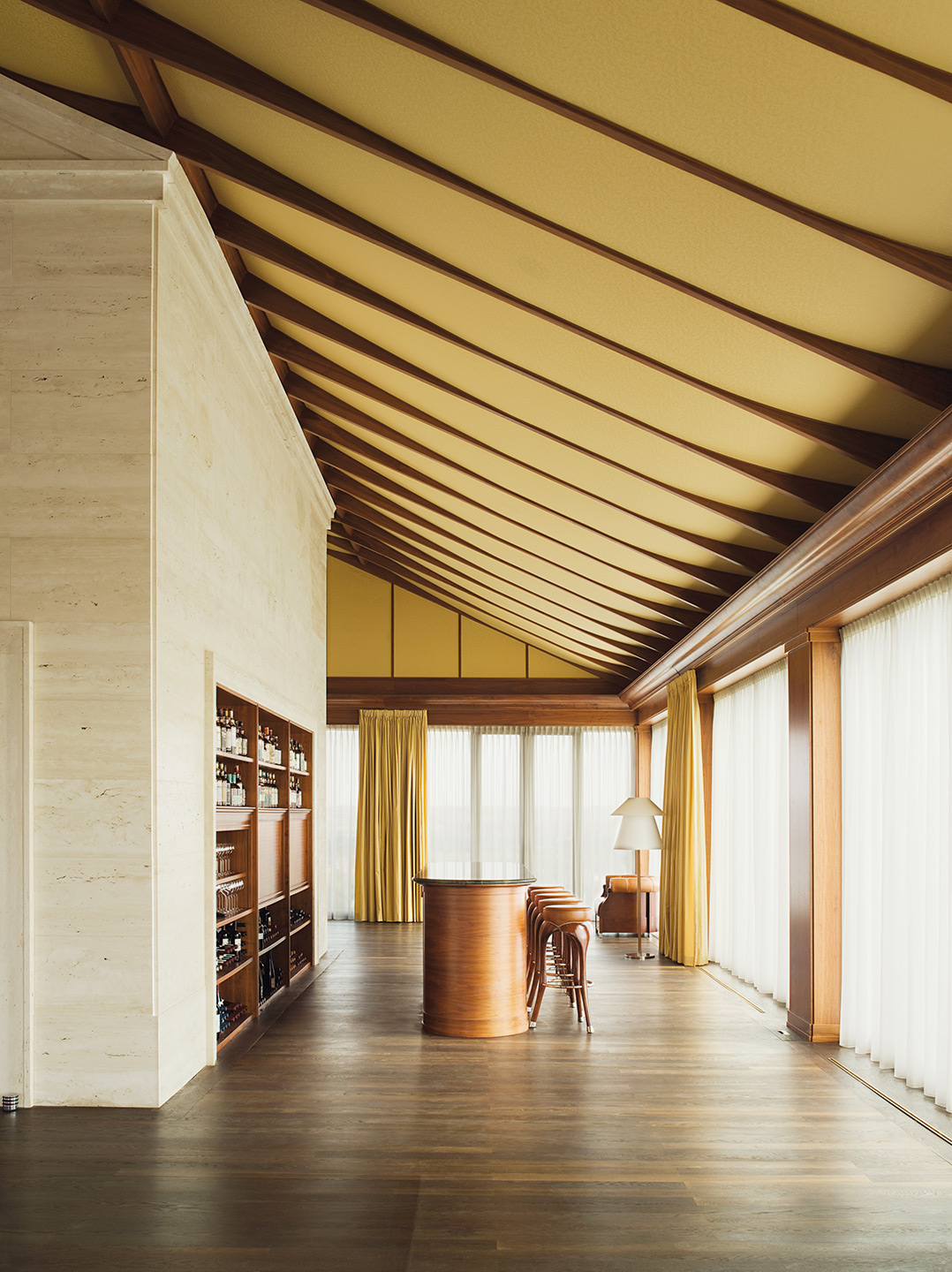 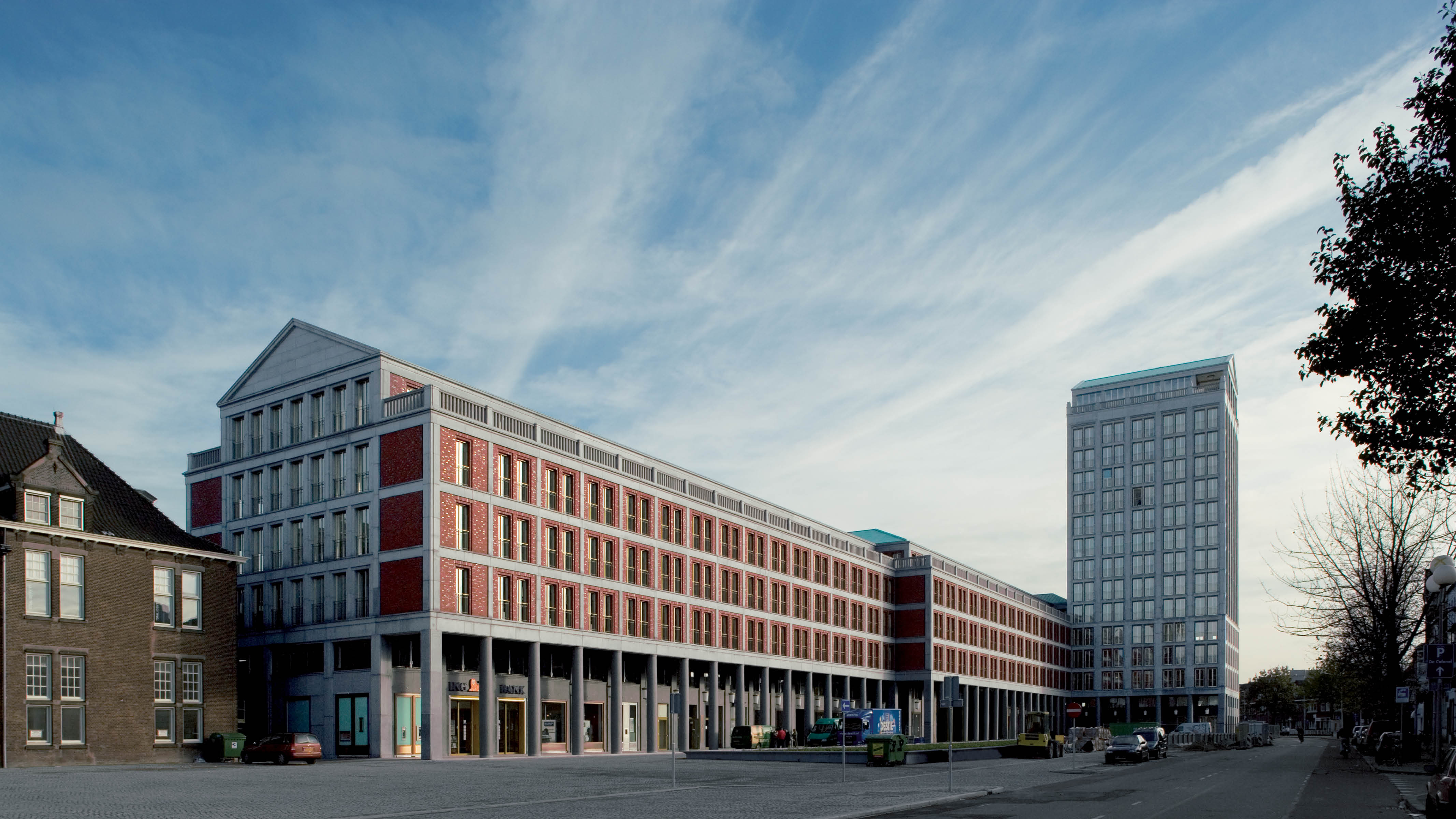 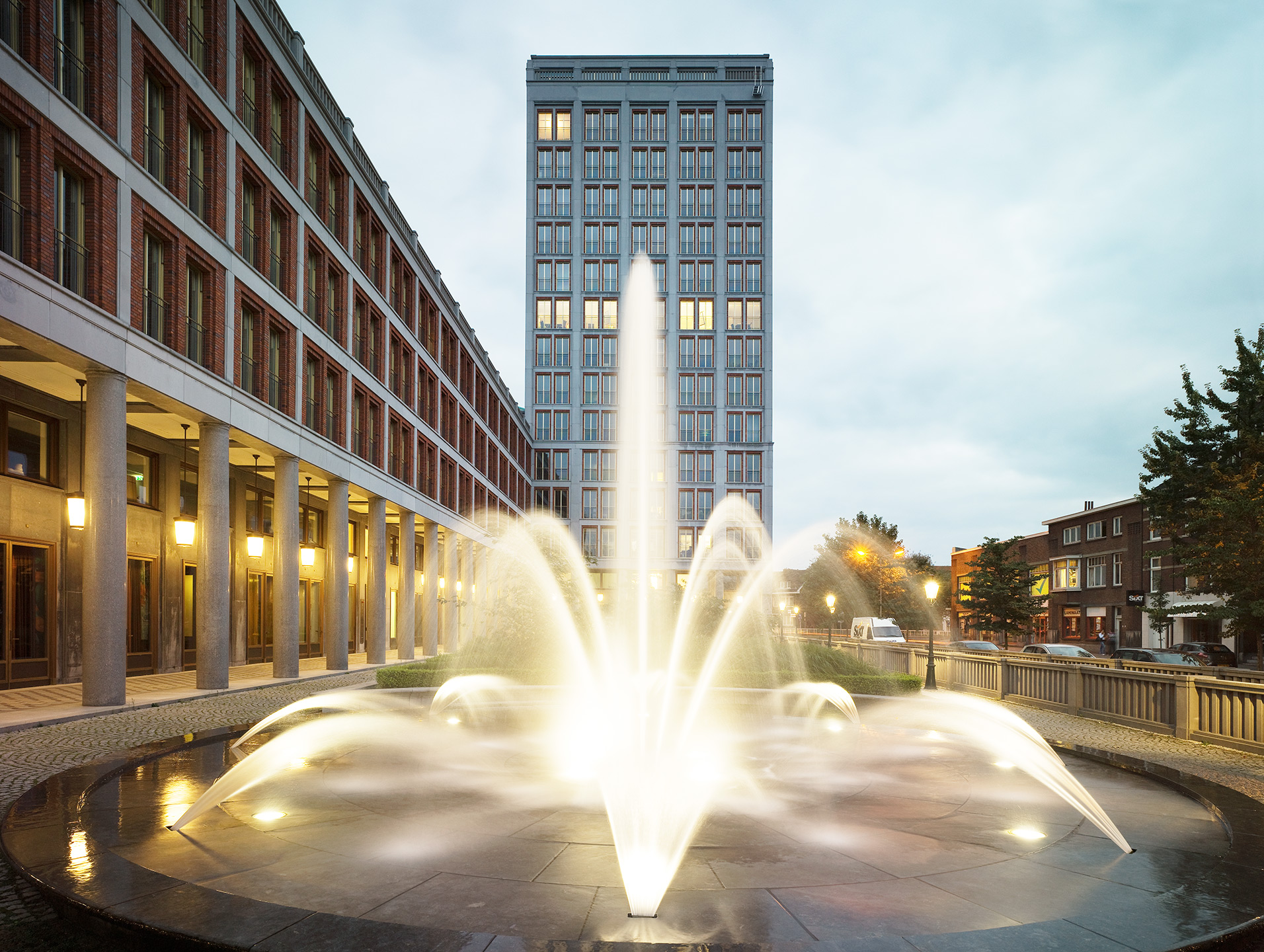 Immediately adjacent to the station on one side and the development on the site of the former "Royal Sphinx" on the other, the task was to achieve an entrance to the city and new connections on a long and narrow plot. The elongated volume connects with the old station and with a long colonnade it forms a new station square with commercial spaces and catering in the plinth. Wirtz International from Schoten (Belgium) designed the layout of the square with a garden lined with limestone benches on the deck of the public parking garage.

The tower closes the perspective and enters into a relationship with the large buildings of the Sphinx site on the one hand and the small-scale city centre on the other. A pavilion-like spire, whose tympanum consciously refers to the baroque and classicist architecture of the old city, underlines the solidarity with Maastricht. The special feature of this traditional-looking building is its construction: industrially prefabricated prefab elements, the outer walls are designed as sandwich elements. The load-bearing, storey-high and up to 14-meter-long elements were delivered and assembled on site.