back to news
view the project 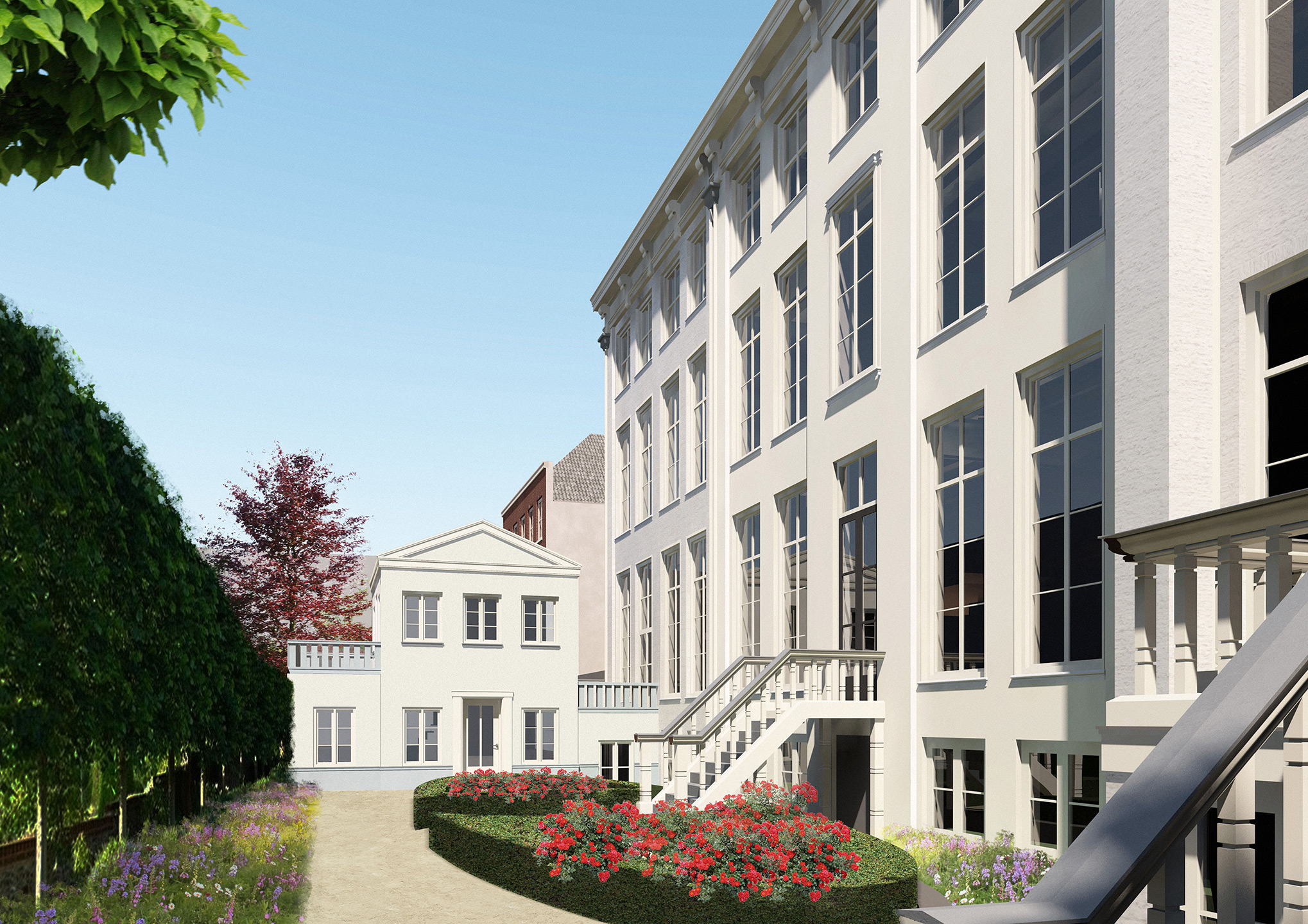 Despite (or thanks to?) the limitations of Covid-19, we were able to work efficiently the past weeks with Heritage and all the services involved: compliments to all employees who work from home in The Hague!

The building was built between 1726 and 1730 as three major Louis XIV-style city palaces, which later became popularly known as "De drie stoepen". The three houses have long functioned as one building and served as a museum, court, official residence, seat of the Permanent Court of Arbitration, theatre, pop venue and offices.

The national monument is being restored and transformed into 58 apartments with a new extension and garden at the rear. The monumental structures of the three separate houses are being restored. Each building has its own entrance via the original stairs with the monumental hall and stairs behind it. The later extension will be replaced by a smaller "garden house" with a facade that harmonizes with the classical rear facade of the monument. The parking space is halved so that a garden can be laid out again.