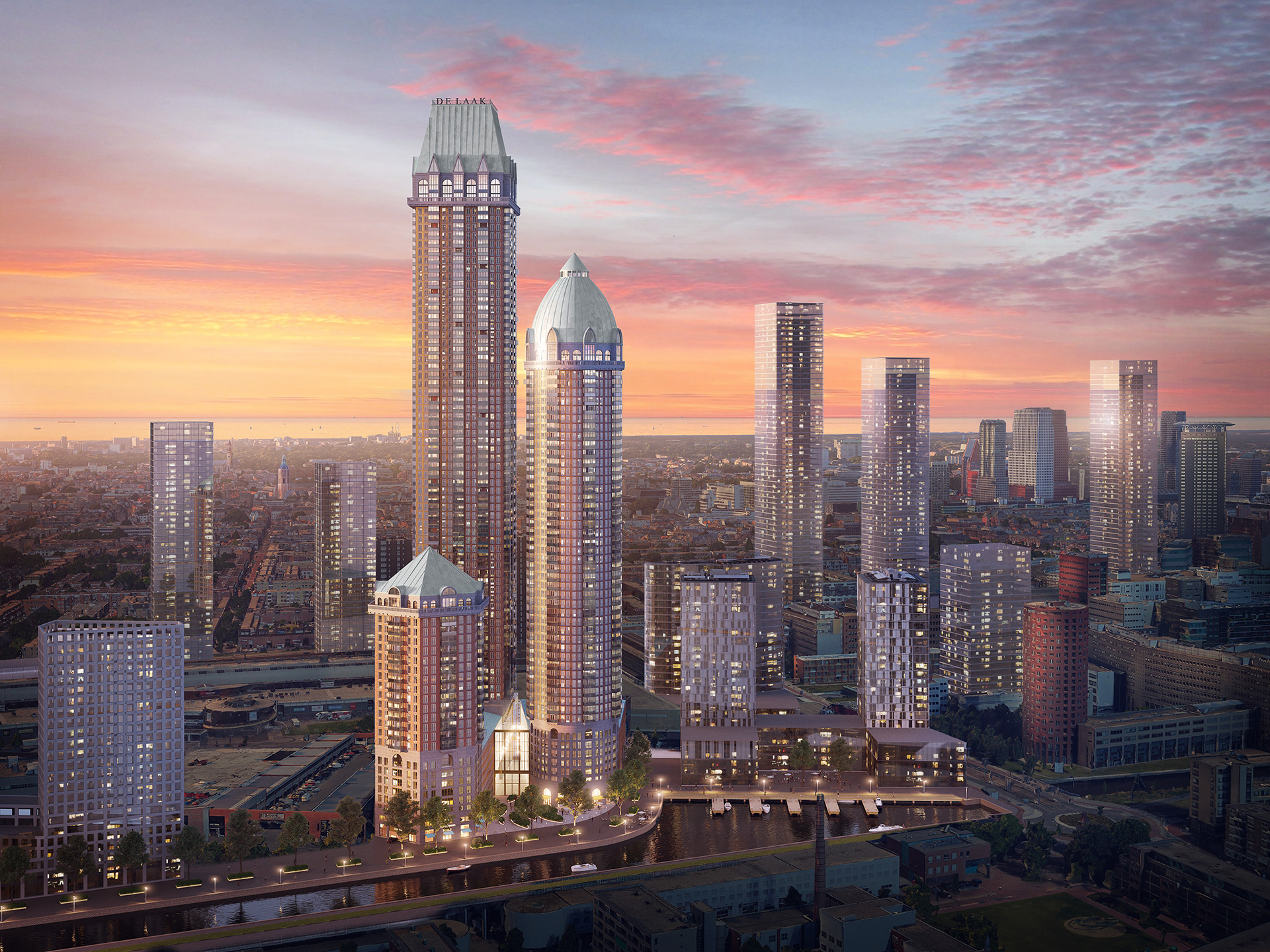 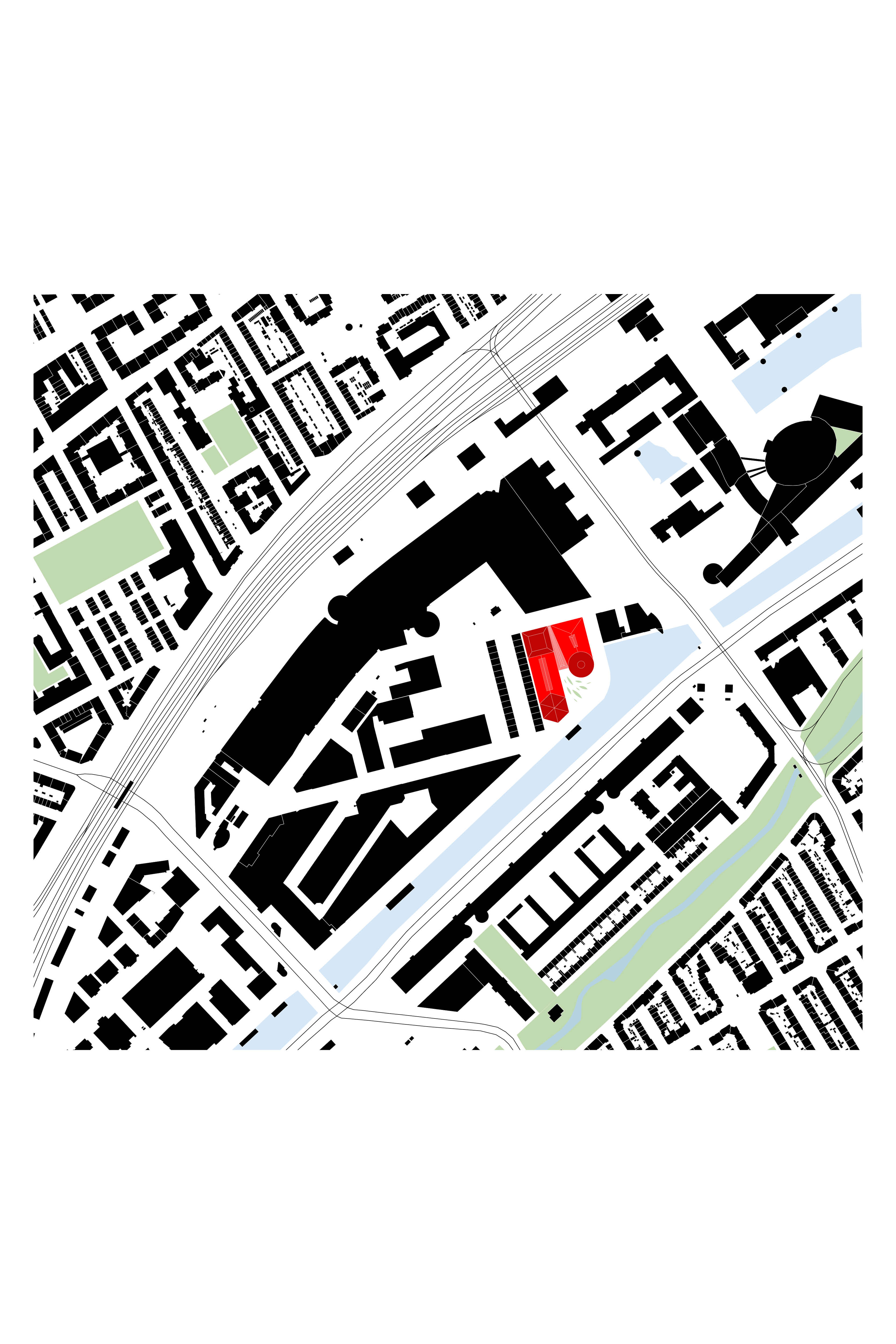 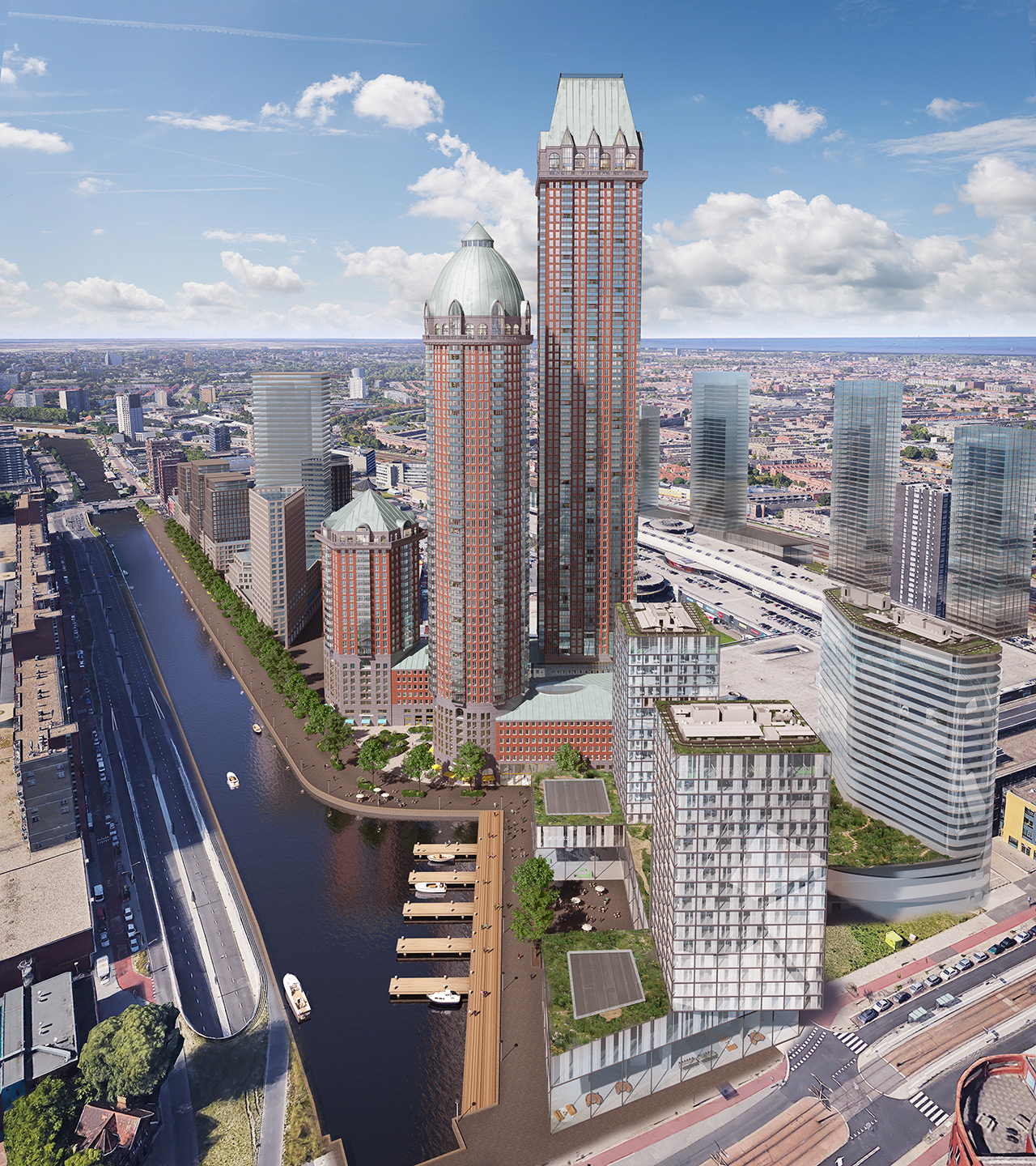 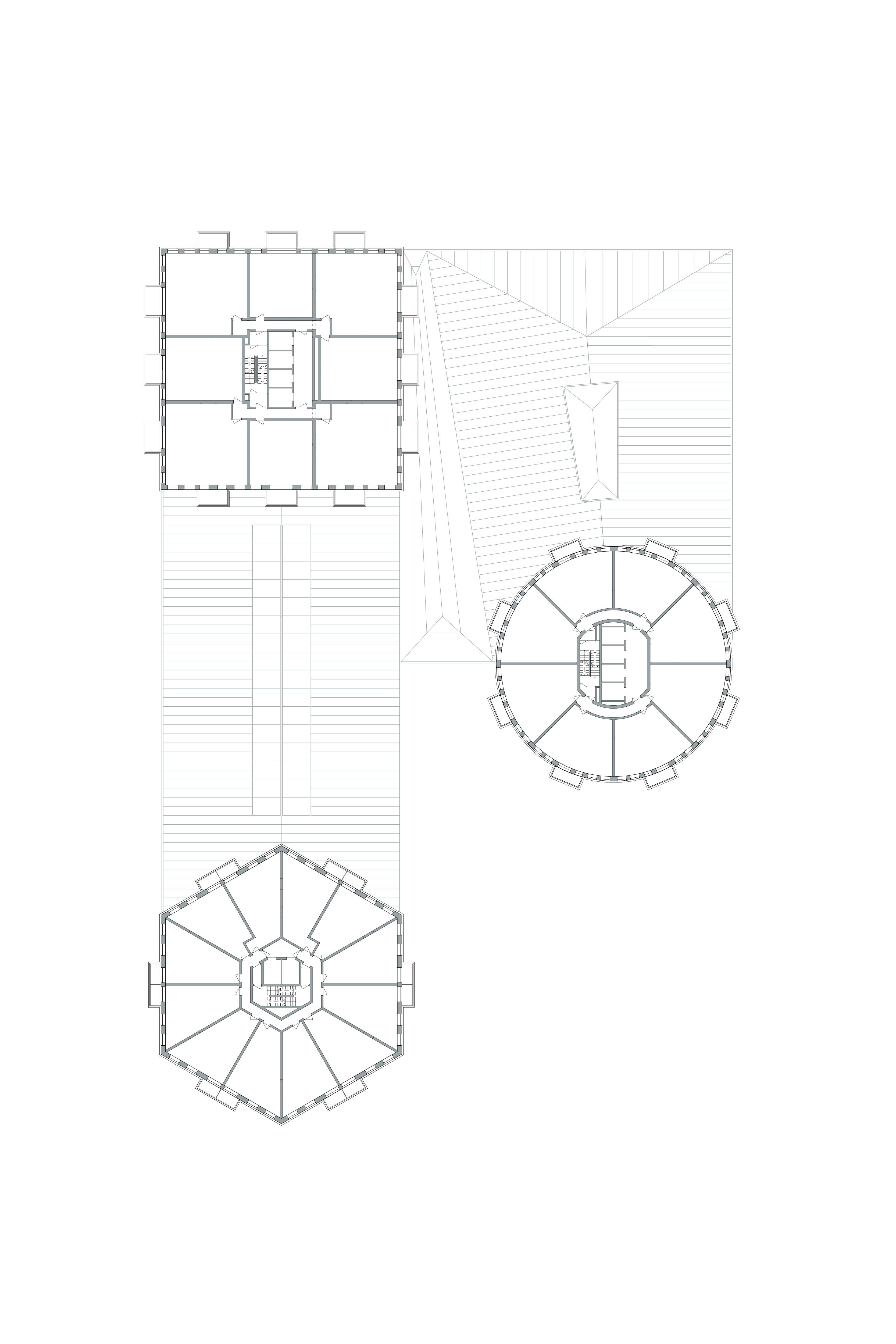 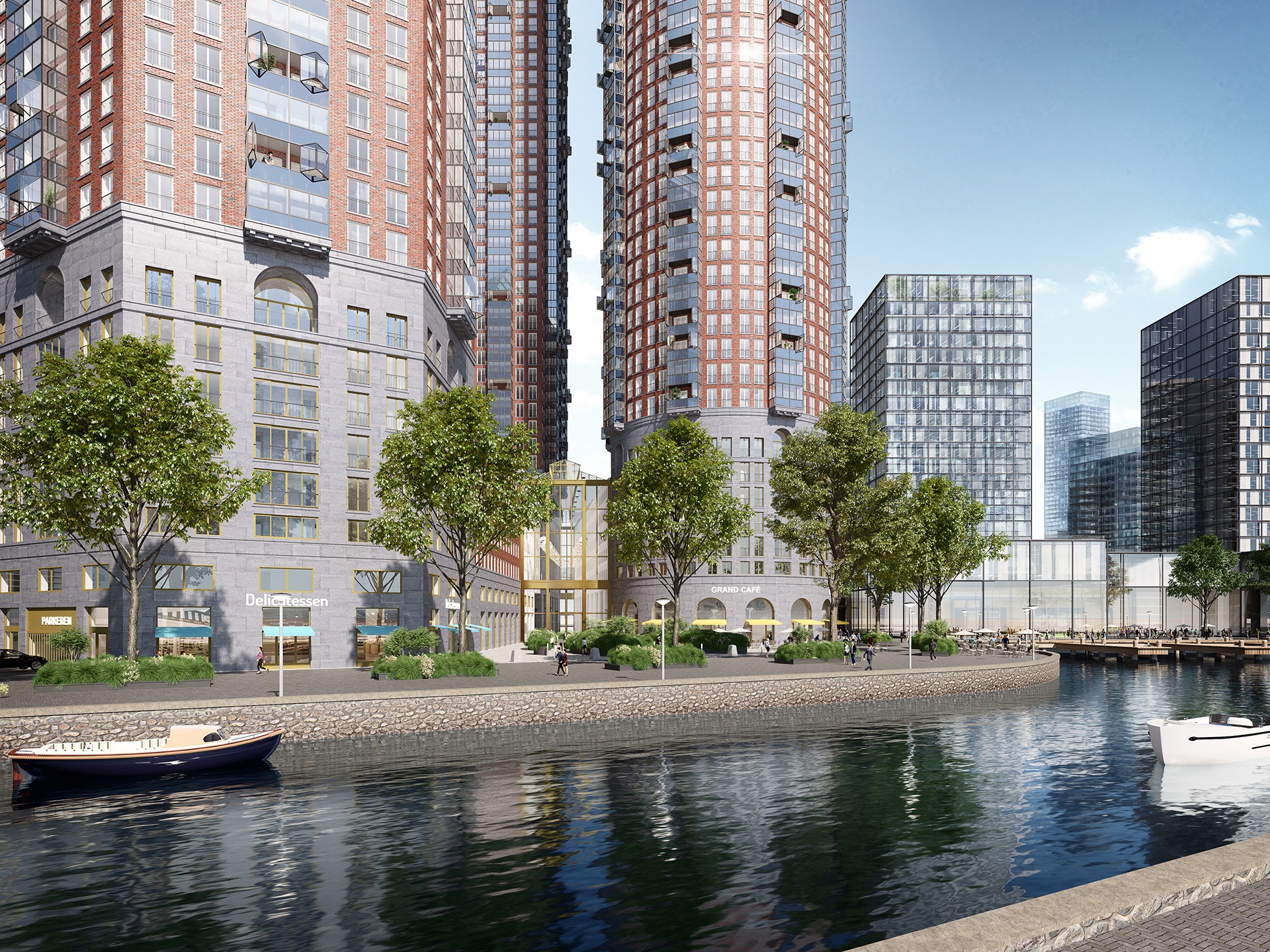 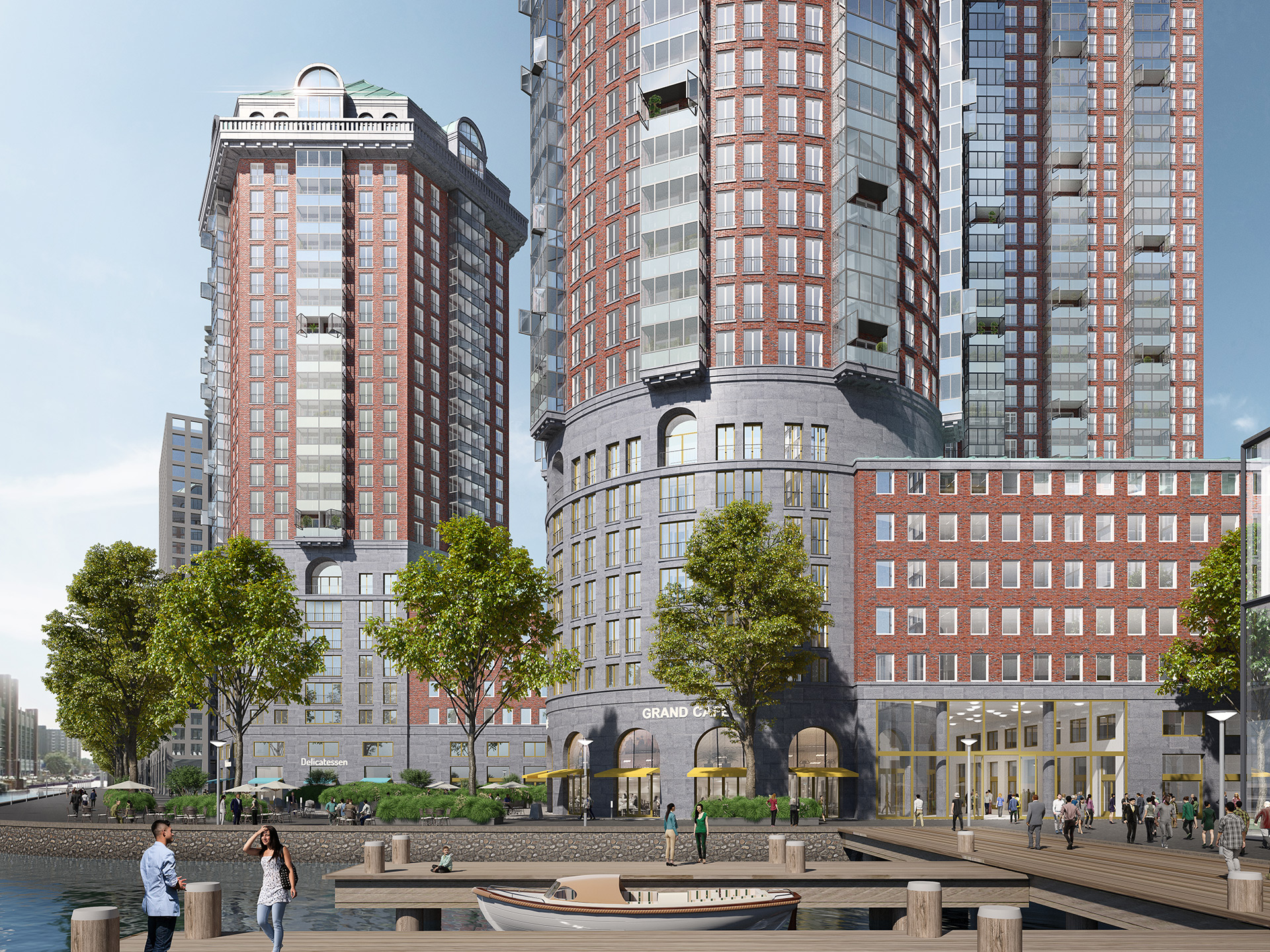 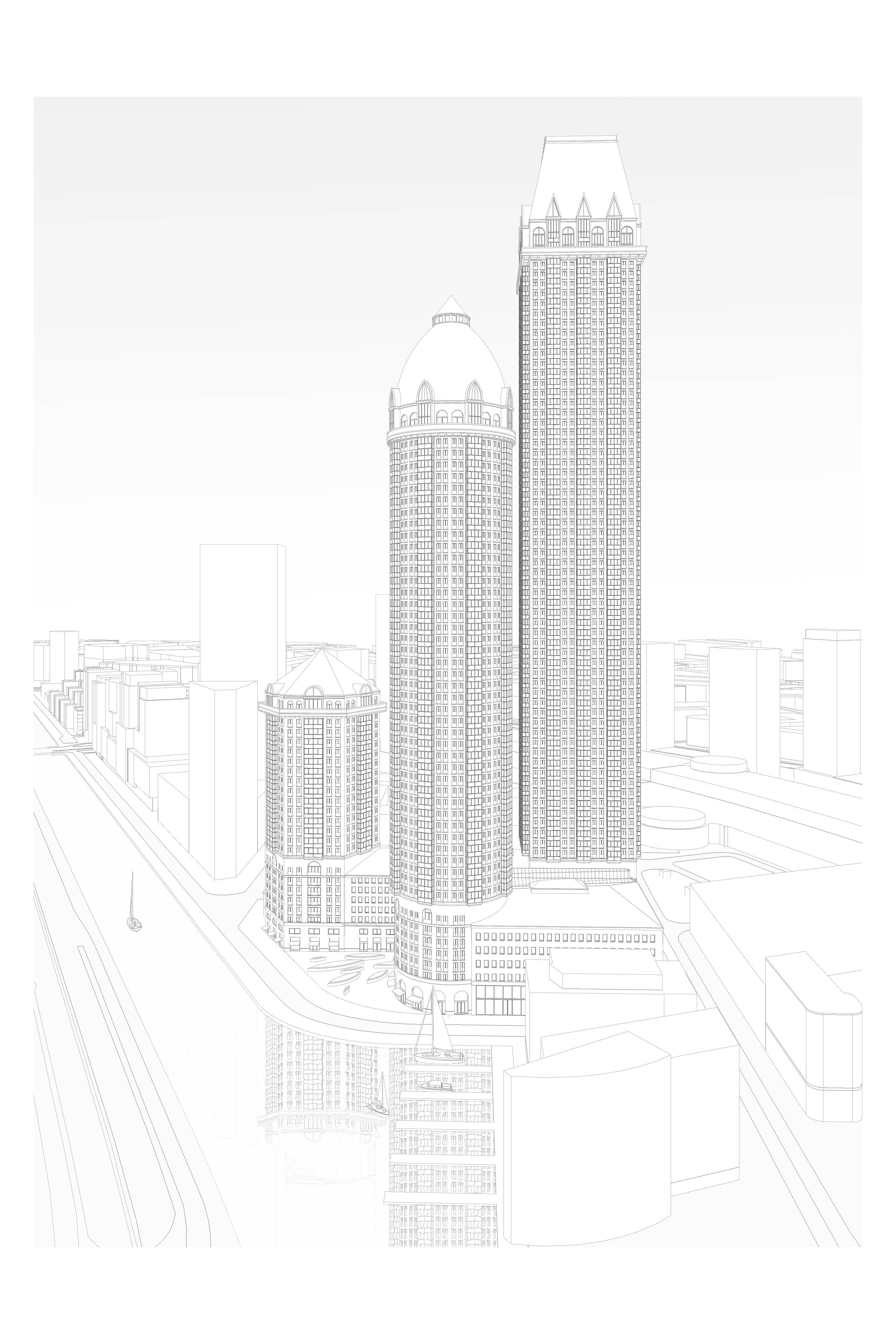 The area, which was built as a bustling port area in the early 20th century, is now being transformed from a monofunctional business park into a high-urban neighborhood with a mix of functions of living and business. A large part of the site is being developed as a public square and an attractive residential area where water and the port history are central.

ENSEMBLE WITH SLIM TOWERS and lots of public space

Kollhoff & Pols architects focuses on an ensemble with the slimmest residential towers. By making compact and high residential towers, a lot of space can be made available at plinth level for public space and a green square that opens on the Verheeskade to the south and the water. The parceled block consists of individually functioning buildings, each with its own entrance and access. The block is fordable and will have a public passage from the Van der Kunstraat through a passage to the Lulofsstraat and the square on the Verheeskade.

The towers are materialized in flat masonry with protruding balconies, which give the towers a vertical and slender articulation. These glazed balconies can be fully opened and have integrated solar panels in the parapets. In this way, together with a smart use of the surface water of the Laakhaven and sources in the soil, a virtually energy-neutral project can be realized, which is unique for high-rise buildings of this density. The urban plinth is made of light natural stone with large facade openings.

Living and working in between. That has been the simple and metropolitan principle for all programmatic decisions. At ground level, Kollhoff & Pols want to build a bridge between the Verheeskade and the surrounding neighborhoods.

The crowns form a family of three expressive roofs that, on the one hand, show that they are residential buildings and, on the other, actively participate in the skyline of The Hague, in silhouette but also with a publicly accessible program.